Recently a rumor published in various media and newspaper that PSG talk with Real Madrid’s midfielder James Rodriguez for signing. The football community have very much interest for this news. But today PSG president strongly declared they were not talked with this Madrid midfielder.

Two talent young star will be leaving Real Madrid this season, Mateo Kovacic has already done deal with AC Milan and the boss of Real Madrid Zidane will meet with James very soon also discus about his future. May be he will be another one who leave this club. 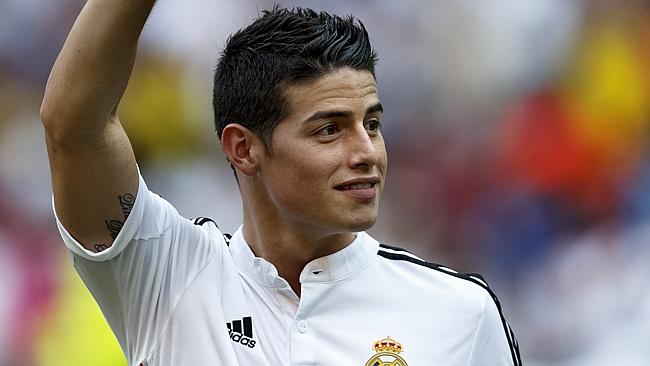 James Rodriguez was join in Real Madrid at 2014 with a huge transfer fee. He also won golden boot in this season in world cup. His massive performance was also highlighting him and it also made easy to deal with Madrid. He also performed well in this club and his 2014-15 performance was fantastic.

Recently many newspaper and media published Manchester United is going to signing with him but recently they made headlines PSG wants to buy with him if he agree.

PSG president Nasser Al-Khelaifi discus about this concern and he also said in a press conference “This is not true news that we talk with James. We have not met with him and we have not any talked with him. Also we have not talked with Real Madrid about this matter. So this news is fake.”

After leaving Zlatan Ibrahimovic PSG needs a new attacker so the media think they have interest for this Colombians. But PSG declared they have not any plan for him.

He also made 32 appearances for his club in last season and also made 21 appearances under his former coach Benitez but the new coach Zidane fire him and his role was stand by.

Ronaldo and Bale have blocked his place and he has not made chance in starting eleven. But he has some great past in this club. He also passed good time here. His performance was awesome in football world cup and he was the best player in last world cup.

This 22 years old star moved Bernabeu with a huge fee that was £24 million. But last some match we were not seeing him to play, all time he seat in the side branch. This is very much awkward time for a player to seat on side branch and seeing the full match out of field.

Discus all of matter about him media published he is going to change his club, some of them said PSG is his next destination but this news is not true briefing this club’s president.