Chelsea defender Kenneth Omeruo who is also a Nigerian international player has left the Stamford Bridge to Turkish club Alanyaspor in order to spend another loan spell this summer which is his fourth consecutive loan spell after arriving at the Stamford Bridge. Though, he made his jump to the Blues in January, 2012 from Standard Liege but yet to debut any single appearance with them but to spent last all seasons on loan with three different clubs. Now, he is heading towards on fourth movement.

However, he is a little bit frustrated by failing to make any appearance with the Blues where he arrived there with many dreams but those are yet to come true. He would like to play with the Pensioners rather than to spend next period with others. 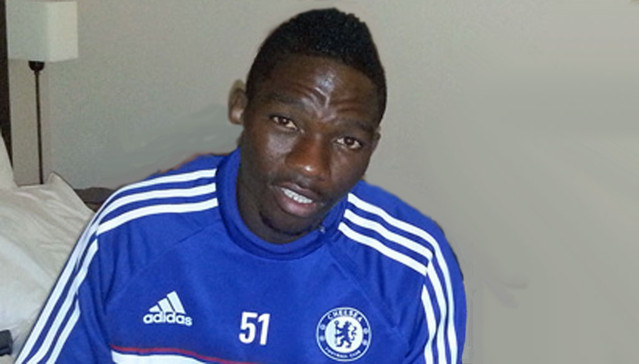 Now, this 22 years old Nigerian defender has set his prime target and has taken his travel with the Alanyaspor as his biggest challenge. He just wants to play with the regularly and willing to impress them.

He spent his last season with another Turkish club Kasimpasa where he got chance to perform regularly. There he made 25 appearances and showed amazing skills though did not able to score any goal but as a centre back, he was too successful.

If we consider his all loan spell, he was regular in every case. His first loan period was with ADO Den Haag where he made 36 appearances and also scored twice times. Later on, he was given to the Middlesbrough to spend his 2nd season and there also he was quite successful. He made with them 33 appearances.

He also played for Nigeria under 17 and under 20 team squads and debuted with the national team in 9th January, 2013 against Cape Verde when he was just 19. Till now, he has played with the Nigeria national team almost 31 appearances.

Now, with the Turkish side again, he wants to prove himself as an worthy player and make sure that it would be the permanent movement for him to the Turkish club. Though, just before his new loan schedule, he made an extension deal with the Blues which will last till July, 2019 but however, he would prefer to stay with the Alanyaspor for permanent rather than spend his next season on loan by playing with Chelsea because there is no assurance to get opportunity to play with the first team of the Blues. So, just like other players, he wants to get settled at a place and perform regularly.