The Spanish Motogp rider Aleix Espargaro is wrapping to move the Japanese factory Suzuki in order to join in Aprilia in the next year  2017. Thursday the rumor spread out he will not stay in Suzuki side and after finishing the current year he will sign for the new side.

Espargaro is not interested to move Aprilia and want to keep remain in Suzuki factory. But he became very upset that Suzuki have not thought about his future and sign a new contract with Italian Andrea Iannone who replaced by Yamaha-bound Maverick Vinales. The 26 years old still keen to stay with Suzuki but it is still 50-50 chance to move from Suzuki or not. 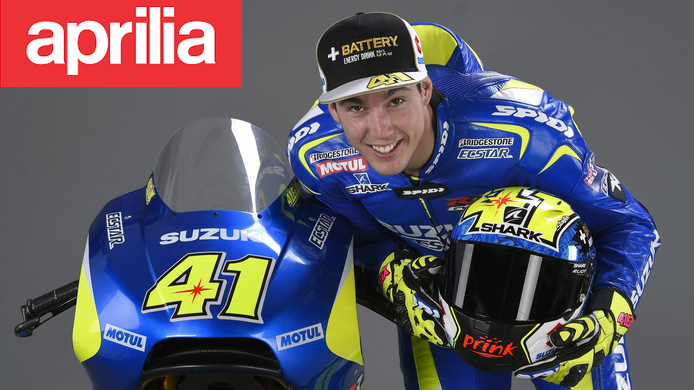 When he was asked about his future in Aprilia, Alexi replied that Actually he didn’t know what was the plan of Bradl for 2017. He only started to look around to watch what the future could bring. He also added that he was not only searching in MotoGP of course which are not so good seats left  and there is also presents another option of  World Superbikes.

At the moment he expressed his hope on the press that he could find some people for conversation with him which made him sure what would be happened in the next.  The Spaniard  not feeling well right now at home.

Alexi also mentioned that Aprilia offered him they wanted the racer on their team but the fact is that they consist only two bikes while their demand is three drivers. So it has 50% chance what ha would do.

Actually the riders want priority and the team who give him more priority he will play for them. He told the most important thing is that he could go somewhere where they show that they really wanted him and he is important to them. Alexei brothers jump into the KTM factory for 2017, make his chance limited to stay in Suzuki side.

Alexe joined in this Japanese company  in 2015 and spent a very fantastic season with the Japanese factory. Last season he got the 11th place in World Grand Prix Motorcycle Championship competition. His contribution and racing system always proved positive for the team. Aprila is good choice and if the move confirm on the next year it can be good for the both party. The racer think Suzuki has been betrayed him and this time he would take time to select the team who really want him and give him priority what is he expected.