English top flight Arsenal is going to offer an extension deal to their two major players whose current deal are about to run out. They are Nigerian striker Alex Iwobi and Spanish defender Hector Bellerin. They are both young and already shown their amazing capability for the Gunners. Arsene Wenger who is the coach of the Gunners since long time wants to ensure this super duo’s place at the Emirates Stadium by giving them extension deal. Though, Nigerian star still left his current deal till 2010 and Hector will run out just before one season. So, Wenger would have got plenty of times to make sure their place but he does not want to be late because this pair youngsters would be the most effective players for the team. 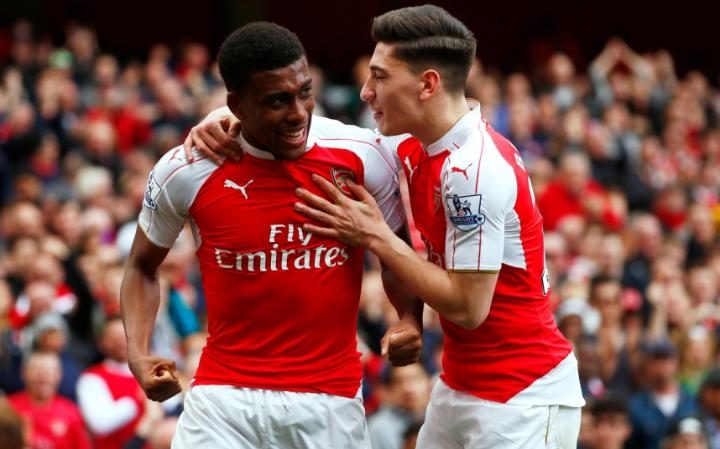 Only 20 years old Alex Iwobi made his career journey with Arsenal youth academy since 2004 to 2013. He moved to the main team of the Gunners in 2015 and in the same year in 27th October, made his professional debut against Sheffield Wednesday. He has become a potential player for the team who has already made 18 Premier League appearances with them and netted twice. Though, he yet to be permanent with the main XI completely but according to the Wenger, in near future, he would be a key player.He is also playing for Nigerian national team since 2015 and also selected for recently finished Rio Olympics 2016 team squad.

On the other side, Hector is a Spain national team player who passed his youth career with Barcelona youth academy but later moved to the Arsenal. He joined Arsenal main squad in 2013  and in the same season, he was sent to the Watford for one year long loan season. After returning from there, till now, he made 63 Premier League appearances with the Gunners and scored thrice times so far.

Basically, both players are trained by Arsenal youth academy and they also want to make their career better at the Emirates Stadium. Besides, they have talent to become a legend player also.

However, Iwobi recently signed a pact with Arsenal just few months ago but it seems that failed to please Arsene Wenger. He wants to tie him down for long time at north London. Besides, he recently has heard rumour that Manchester City and Barcelona are both interested to land Hector where the Citizens boss Pep Guardiola is reportedly a huge fan of him  and the Catalan Giant also keen to bring back their former player at Camp Nou. So, if Wenger wants to secure their place at the Emirates Stadium, he needs to make an extension contract with them as soon as possible. And according to the report, they are currently working on it.