Arsenal youngster Ismael Bennacer has been called up for AFCON tournament. According to reports Algeria wanted to required him at the place of Saphir Taider. The Cup of Nations has been commenced one day before and all the team fixed their squad ahead of that. But the sudden injury of midfielder Saphir forced the team to announce for new player in the squad.

By the state of the reports Taider had attended in the training ground before the tournament and to observe his performance it has been proclaimed that he being not fit for the AFCON competition. And Wednesday the team made called up the teenager Ismael for the most happening tournament of the year.

The 19 years old joined Arsenal club in 2015. Though he joined as an attacking midfielder, later played as defensive midfielder. He is too young but the playing style like an experienced man. His skill and ability is excellent. Along with a good ball passer he is very good runner. He knew the capture of game in any environment. 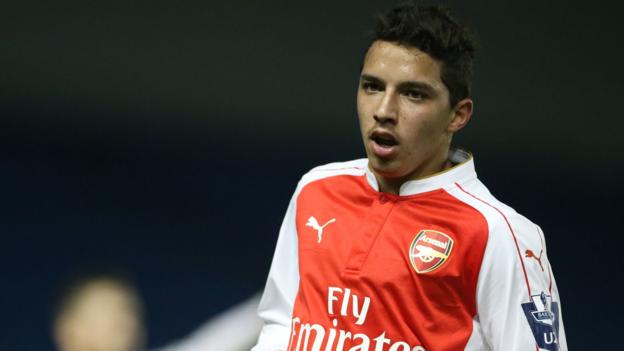 For his quality he has been elected as the skipper of under-23 team.All of all he is a very talented footballer. That being the main reason why Algeria hire him before the tournament.

The France man jumped to Gunners from the Ligue 2 club AC Arles-Avignon. He is very crazy about Premier League club Manchester City. Despite being huge interest in City he joined the home club Arsenal. Actually the left footer did not want to leave home and that’s why has not go abroad and joined the home side.

The youngster is a France footballer by birth and played for Les Bleus club U-18 and U-19 team. His father came from Algeria and he qualified for the team through his father as his father’s home land in Algeria. He could be also eligible for team Morocco as his mother born there.

Bennacer has opted for Algeria International on August. He made his debut on September against Lesotho. On 11th January he accepted a called up for Africa Nation’s Cup competition to take the place of injured  Bologna midfielder Saphir.

In a teen age it’s really a very big matter. Algeria going to face Warriors on their first group stage round. Being the part of Group B they would fight Tunisia and Senegal in the next. Today they going to open their campaign against Zimbabwe warriors at Franceville. It will be very interesting match and the both parties very hopeful for the event.