Spanish teams are flying high in the Europe’s biggest competition. All four Spanish giants have made it to the next round of the UEFA Champions League. After a long battle of four months and six match weeks the all final 16 teams have been confirmed for the UCL round of 16 on Wednesday, December 7.

Spain has been ruling the European competitions since last couple of years. The all last 3 UCL holders are from Spain. The last time any team won the UCL was Bayern Munich, back in 2012-13 season. They came victorious over their German rival Dortmund on that occasion. Since then, Real Madrid has won it twice. They won it in 2013-14 season & also the very last campaign. Their rival Barcelona sealed it in 2014-15 season. Even all the last 3 UEFA Europa League was also obtained by Spanish team as Sevilla won the UEL 3 consecutive times in 2013-14, 2014-15 & 2015-16. 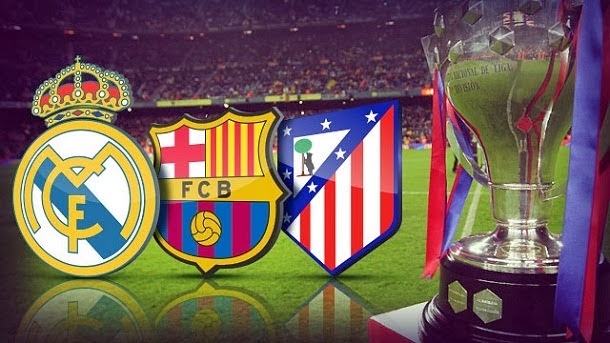 Spanish flag is flying high brightly once again this season as the all 4 contenders from the football loving country has managed to qualify for the round of 16. Current UCL champions Real Madrid, Current La Liga champions Barcelona, The UEL holders Sevilla and last year’s runners up Atletico Madrid all sealed their places at the last 16.

Barcelona has won the Group C as they have qualified as the group champion from that group. Barca have got 15 points from the first round as they won 5 out of their 6 games and only lost against Man City at the Etihad. Lionel Messi was in sublime form & currently is the highest goal scorer of UCL this season.

Atletico Madrid topped the group D where they had a strong opponent like Bayern Munich. Atletico got 15 points from the group stage. They also won 5 out of their 6 first round games & had tasted only one loss which was against Bayern at the Allianz Arena.

Real Madrid qualified as the group runners up from group F. Real is still unbeaten at the UCL this season & achieved 12 points from the group stage. They won 3 games & drew thrice but yet to taste a defeat this season. German giants Dortmund topped it with 14 points.

Europa League holders Sevilla has made it to the final 16 this team as they qualified as the group H runners up. Sevilla earned 11 points as they won thrice, drew twice & lost just once. Ridiculously this will end their 3 consecutive Europa League winning run as they can’t take any part in the UEL this season after qualifying for the UCL last 16.