Juventus have signed a new contract with their veteran coach  Massimiliano Allegri on this weekend. The deal was made on Friday which kept the Italian in the club till 30th June, 2018. Massimiliano wanted to remain the turin Club ten more years.

The former Associazione Calcio Milan (AC Milan) manager has joined Juve in 2014 where he raised up the team in a standard position from the past season. He guided the The Zebra superbly to their 5th row Serie A title in 2015 to 2016 season. He Pulled up the team from poor position and the result is that The Old Lady Club have not flinched since last October and they dropped for one time only. 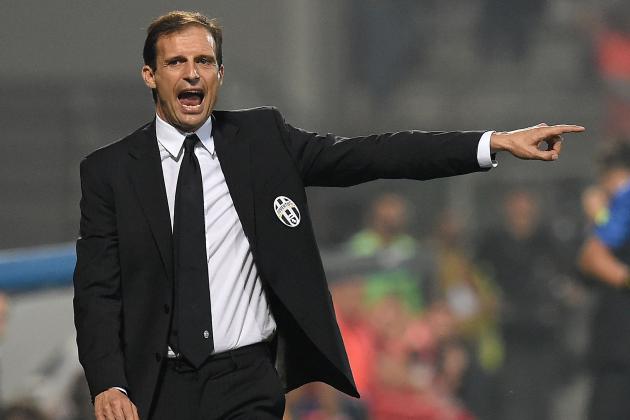 The 48 years former midfielder never wanted to leave Juventus this summer and that’s why he was looking forward the new contract since early.  Finally when he got the chance to warm up, he sign the contract without any delay. Because he would not want to miss the opportunity in any way. One major task has been already taken care by him.

On Saturday’s conference he reportedly mentioned about the club success he emissed that his attempt is not for one’s success it’s totally fact of entire club success. Their prime mission to stand the Juve club as a strong participants for any race and any competition. He also mentioned that at present their main target is to win Italian Cup.

On the conference the coach also commanded about the Goalkeeper Gianluigi Buffon and central midfielder Sami Khedira. He told Buffon would miss the Sunday’s match and join in the next match but Sami Khedira would miss few match causing of Calf Injury.

He assured, Sami would back before the final match of Italian Cup. The doctors are trying their best to back him soon and all hoped to watch him in final.

The Hunchback’s next priority is Alvaro Morata, Daniele Rugani, Paulo Dybala and some other young stars of the club. Perhap it will be taken a few more times to set Morata, Dybala and Rugani in the new environment, but Allegri enough to fit them in the squad exactly and only Allegri can make it possible.

Allegri has brought the club up to a new heights in modern football. He had taken care of the side in last year UEFA Champions League which was arrived them in final final. But unfortunate they were knocked out by Bayern Munich in the 16th round. He’s brings many success for La Vecchia Signora. By creating new format of 4-3-1-2 for the club, he proved his legendary once again. His three-man backline idea was too good.

Allegri always brings luck for the White and Black teams and it is hoped that his extention season he will did something better than ever.