The defending Champions of the English Premier League, Leicester City’s struggling continues this season as they face another defeat. Last season’s winners have been completely out of the form this season and are no where near the top of the table this season. They have produced some shocking display of football this season as their poor run of form isn’t seeming to be ended.

The Foxes squared off with the Blues at the King Power Stadium at Leicester in a match week 21 battle. The visitors showed some brilliant display of football and secured all the 3 points from the fixture. The touring side got a comprehensive victory of 3-0.

Marcos Alonso opened the scoring for the All Blues on the 6th minute of the game. Belgian super star Eden Hazard was directly involved with the goal as he provided the assist. No more goals had been scored in the first half and the opening half finished with the 1-0 advantage for the touring side. 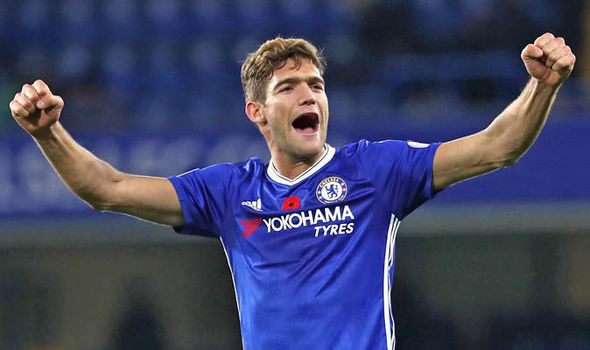 The Spaniard doubled the lead on the 51st minute as he netted his personal 2nd goal of the game just 6 minutes after the 2nd half was started. It was the 3rd competitive goal of the 26 years old defender after joining the Blues, earlier this season. Last season he scored total 3 goals for the Serie-A side Fiorentina. Former Barcelona winger Pedro scored the 3rd one, on the 71st minute and the visitors got a 3-0 victory.

The Spaniard joined the English giants for £23 million, on the summer transfer window in 2016. He signed for them and told the media that he was looking to win some titles with the Blues. It is seeming that the young full back’s team is going to be successful as his team is bossing the league. They are the table toppers and are at the first position with 52 points from the first 21 matches. They are clear 7 points ahead of the second placed Tottenham. On the contrary, Leicester City are currently on the 15th position in the table with just 21 points from the same number of games. You can spot the difference, by seeing the league table. The Foxes are now looking to avoid the relegation. They are just 5 points ahead of the relegation region team Hull City.