Alvaro Morata signs for English Premier League champions Chelsea. The deal has been confirmed officially and the Spaniard will be at the Stamford Bridge until the end of the 2021-2022 season. He has departed Santiago Bernabeu to join the All Blues. It was just a matter of time that the Spain international would leave his childhood club Real Madrid and finally all the speculations came true as he put the pen to the paper to finalize a move to the London.

The 24 years old forward who will turn 25 in the upcoming October, has signed a contract for 5 years for a healthy fee of £58 million. He will earn £9 million per year (£180,000 per week) as the wage fee at the Stamford Bridge. Chelsea’s top target Lukaku joined their league rivals Man Utd for £75 million and it took almost £20 million less than that to sign the Real Madrid front man. He will not be a bad option as Morata too is experienced and has played in different places and is known to be a good consistent scorer. 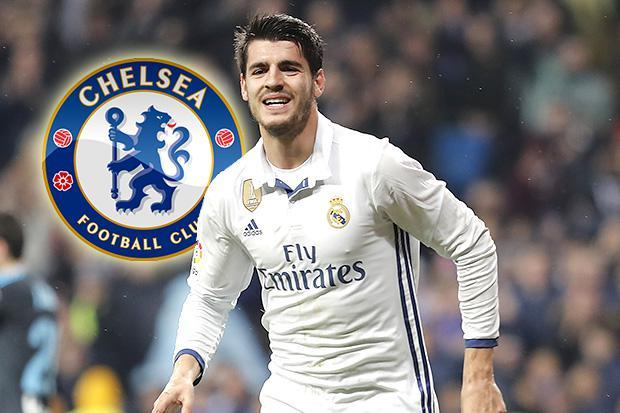 The Spanish striker was with the Los Blancos for a long time. After having his senior team debut for the Galacticos in the 2010-11 season, he played 6 seasons at the Bernabeu before moving to Italy to play for Serie-A champions Juventus. He played 2 seasons for the Bianconeris and then went back to the Madrid. He scored 20 competitive goals for the La Liga winners last season. He netted 12 and 15 goals in the 2015-16 and 204-15 seasons respectively for the Zebras. Chelsea fans would be expecting that the Madrid born forward will provide them many more in the upcoming years. Though he has played in Spain and Italy, it will be the first time he will play for an English side and he is excited about that.

He got his full debut for the Blues against Inter Milan on Saturday at Singapore but started in a surprising position as he played at the left wing. Although he was considered to be the direct replacement of another Spanish attacker Diego Costa, who will leave the Bridge, but instead of Morata, Belgian front man Michy Batshuayi played at the centre position. Some United fans trolled their former target on the twitter and one of them labelled him as the “Spanish Danny Welbeck”. Chelsea fans also showed their angers on twitter because it was totally unexpected to them as their new signing started in an odd position.