Ander Herrera is frustrated with the bad luck of Manchester United & believes that it’s only a matter of time for the Red Devils to get back to the winning way. The most successful club in the premier league history has made the worst start in the league for 17 years under the Special One, Jose Mourinho & it’s hard to digest for the fans. United have got only 20 points from the first 13 league games & currently in the 6th position in the pl table with 11 points less than the table topper Chelsea.

It was United’s 4th draw on the trot at the Theater of Dreams as the Red Devils drew 1-1 against the Hammers. Senegal striker Diafra Sakho opened the scoring for the visitors inside 2 minutes before a Zlatan Ibrahimovic header levelled the line for the hosts.

West Ham’s stopper Darren Randolph showed a brilliant display of goal keeping against the English giants. The 27 years old Spaniard said that, this wasn’t the first time they faced something like this. They were unlucky throughout the season, according to the midfielder. 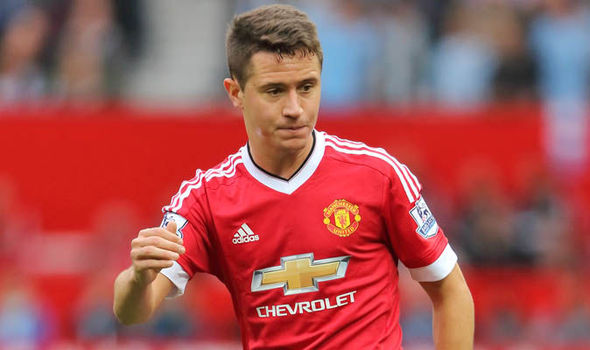 The former Bilbao midfielder faced the media after the match & lost his words to describe the bad luck of his team & blamed the cruel luck directly. The Spain international believes that they played really well under the Special One but didn’t get enough rewards as the luck played a vital role. The fans’ favourite player also thinks that his team should have got 8 or 9 more points than what they have collected so far in this ongoing campaign.

The €36 million signing also thinks that they played better than their opponents in last couple of games & believes that his team will come back to the winning ways soon. He admits that he doesn’t know when the luck will change but feels that if they can score even with half of the chances his team create, will be easily able to win every game with 4-1 margin. United created 17 chances against the Hammers.

Herrera expressed his thoughts that his team played sharp, won the second balls, created more chances moved the ball better, had more possession & even controlled the game in all those matches and this year they are shooting more than the previous season. The Spain International is furious with the bad luck but is still hopeful to do well in the near future.