The newest sensation of the Serie-A, Andrea Belotti continues his sparkling form for Torino. He has his managed to put his name on the score card yet again, this time against the giants AC Milan. The 23 years old Italian has become the talking item of the media this season as he has showed some brilliant display of football and he has continued to impress the fans and the media. He has been a consistent performer this season and he is keen to prove what he is capable off.

Torino and Milan the two Serie-A sides came head to head in a league clash at the Stadio Olimpico on the Monday night. Although no team could win but there was so much entertainment for the spectators as no less than 4 goals were scored. The home fans might feel sad as they had to share the point with opposition of a match where they were leading 2 goals to 0 inside the opening 26 minutes of the match. 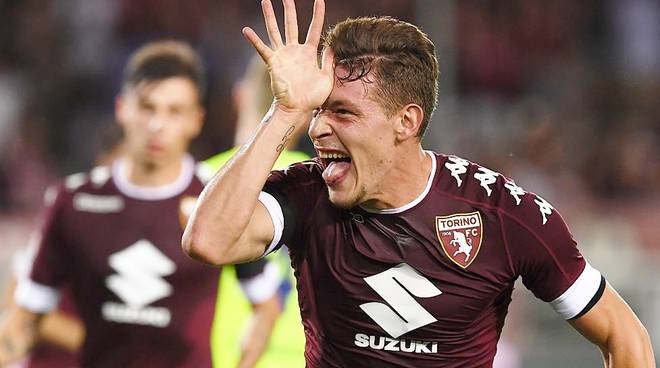 In form attacker Belotti opened the scoring for the home side on the 21st minute of the game. It was the 16th competitive goal of the season for the 23 years old Italian. It is also his 14th league goal of the campaign and he is the second highest top scorer of the league. Inter Milan’s Mauro Icardi tops the list with 15 goals beside his name. Roma’s Edin Dzeko and Juve’s Gonzalo Higuain are the joint 3rd highest scorer of the season so far of the league. Last season the Calcinate born player scored total 12 goals for The Maroons.

Marco Benassi doubled the lead for the Toros on the 26th minute of the game, thanks to assist of Iago Falque. The first half finished with the 2-0 advantage for the home side. Milan’s midfielder Andrea Bertolacci opens his account as he scored his first goal of the season on 55th minute and the line became 2-1. Just minutes later, Referee Paolo Tagliavento blown the whistle for a penalty and the Colombian super star Carlos Bacca made no mistake as he levelled the line on the 6oth minute from the spot kick. Once again the referee came to the spot light as he showed Milan defender Romagnoli the second yellow of the game and the 21 years old had to leave the field with just couple minutes left on the clock.

Milan is currently at the 5th position in the league table with 37 points and Torino is at the 8th position with 30 points.