Leicester City, the defending champions of the English premier league has been struggling a lot this season after sermonizing a fairytale last season. They were at their ultimate best in the last campaign of top tier league of the English football but their recent performances in the ongoing campaign have been no where near comparing to the last season’s displays. It has been a very much disappointing campaign so far for the Foxes and yet another downfall has been added to their misery which is tough to digest for the diehard fans as most of their superstar footballers from the last season are still with the club but unfortunately totally out of form.

The two premier league clubs Southampton and Leicester City came head to head in a lunch time Premier league clash on Sunday at the St. Mary’s Stadium. English midfielder James Ward Prowse opened the scoring for the hosts on the 26th minute of the match. It was the 2nd goal of the season for the 22 years old Portsmouth born footballer. Last season he also scored 2 goals for his club. Full back Cedric Soares provided the assist. Attacker Jay Rodriguez doubled the lead on the 39th minute of the match. It is the 5th goal of the season for 27 years old forward who was irregular in the squad in the last couple of seasons due to injuries. The first half finished with the 2-0 advantage for the hosts. 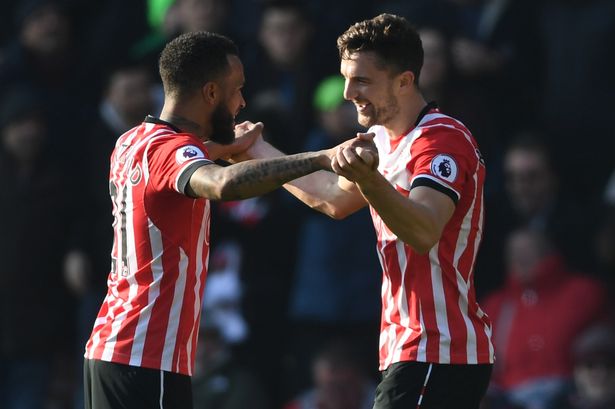 Visiting side’s Italian coach Claudio Ranieri Brought in couple of changes to get back to the leveled line but nothing of his tactics worked. Referee Michael Oliver blown his whistle for a Saints’ penalty during the closing minutes of the game and Serbian play maker Dusan Tadic made no mistakes to convert the spot kick into the 3rd goal of the game which sealed the victory. It was the 2nd strike of the campaign for the 28 years old who had netted on 9 occasions last season.

The Saints are at the 11th position with 27 points from the first 22 matches of the league. Leicester are at the 15th rank with 21 points from the same amount of games as Southampton and are 5 points ahead of the relegation region. They have just won twice, out of their last 10 league games and Ranieri is worried about his lads’ form. The Blues are comfortably topping the ladder with 55 points and are clear 8 points ahead of the 2nd placed Gunners.