After so many speculation, Lionel Messi has finally returned to Argentina national football team and already started to play with them where the first match was against Uruguay in yesterday night. Argentina defeated Uruguay by 1 – 0 and the only goal was made by the great Lionel Messi. It seems that he has started to show his magic in his first match of the second term. So, he led Argentina to victory.

Edgardo Bauza, who is the new boss, has made a new playing formation which seems to be very useful. In the starting line up, Messi was not the main attacker where Lucas Pratto was the main striker and Messi was the right winger, according to the Bauza’s plan. 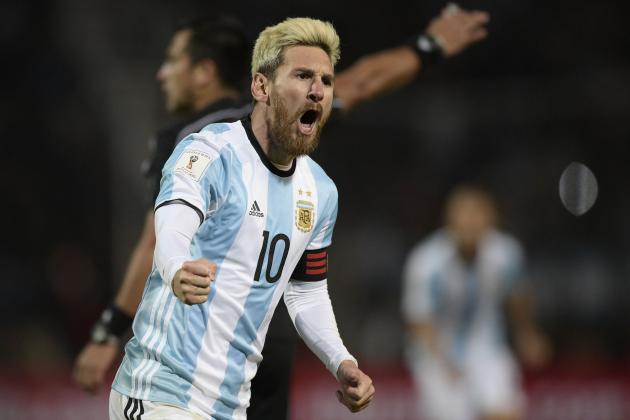 Since the beginning of the match against Uruguay, Argentina started to attack to the opposition’s goal post. Messi was the brightest along with Paulo Dybala. In 32 minutes of the match, Dybala shot to the goal from a long distances but that was unsuccessful. But in 43 minutes, Lio made his first and only goal. So, they went ahead of the Uruguay before the end of the first half.

But unfortunately, at the end of the first half, 22 years old Paulo Dybala received his 2nd yellow card and left the field. As a result, Argentina became ten men’s team but though they did not lose their stamina. In 54 minutes of the match, the distances could be increased by Messi again but the opposition stopper abled to stop his shot.

On the other hand, Messi’s club mate Suarez made attempt to the Argentine goal post but did not get succeeded due to the perfect finishing where he used to get the advantage by playing with Messi in Barcelona.

As a result, by winning the match against Uruguay, Argentina is placed to the top with 14 points after completed seven matches. Uruguay is in 2nd according to the goal difference. Colombia and Ecuador are in 3rd and 4th position.

Messi, who is undoubtedly considered the world’s best soccer player nowadays declared about his retirement from international match with Argentina after losing the Copa America Centenario final against Chile by penalty shootout where this Argentine legend missed his shot. So, he thought that he was the responsible for losing in the consecutive four finals and came to a final decision and announced this is the end of his international career but his millions of fans around the world forced him to back to the national team along with Argentine president, manager, the great Maradona and Pele. So, he could not refuse their request and finally changed his decision. By playing against Uruguay in World Cup Qualifying competitions, he has started his journey again.