Argentina coach dreaming to watch Messi-Neymar combat in the World Cup final. Lionel Messi and Neymar, one of the best football players of the period. A few days ago, they were a club teammate, and in the international arena, If the two popular team reach in the World Cup final, the two star will fight between each other. According to reports this being the definitely dream of Argentina coach Sampaoli.  Sampaoli eagerly waiting for this thrilling final in the upcoming tournament.

Argentina belongs to group “D” in the 2018 World Cup according to FIFA draw where the Five time champion Brazil leading group ‘E’. If they are the champions of their respective group, then it is possible that only these two teams will meet in the final. 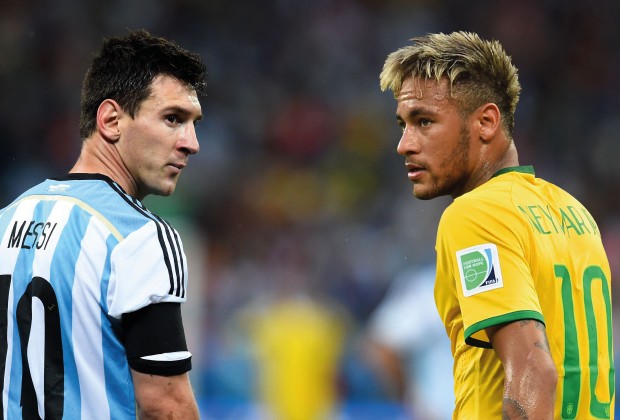 In the ‘D’ group the last season runners-up Argentina will fight against  Croatia, Nigeria and Iceland who looking forward to debut in the World Cup. On the other hand Brazil will face Serbia, Switzerland and Costa Rica in the group round.

If the Argentina Group progresses in the quintet, they can be potential opponents in the quarter-finals, like Portugal and Spain. And if they any how jump the last four, Messi’s team could meet with last season champion Germany.

Likewise, the after winning group round Brazil likely to face Belgium or England in the quarter-finals. After completing the round France, Portugal or Spain could be the potential opponents of the five-time champions in the semi-finals.

However, if any team of them being the runners up in group stage and wind the following matches in the knockout stage, they will meet them in the semi-finals.
So, if Brazil and Argentina win from the group stage, then football fans will get Sample’s dreaming final.

Replying to a question, Argentina coach told Omnesia that the final against Brazil will be a dream. He also added that his dream also to watch Neymar vs. Messi in international arena. He think it will be incredible when they seen to play together. And he hopeful that his dreams will be fulfilled.

Sampaoli also added that Messi being fantastic and his ability turned confident in his eyes and he knew who the star is. This being the a such a form gives us another reason to dream.

Argentina could not win any title for more than two decades. After losing to Germany in the 2014 World Cup final, they reach two time in the Copa America finals but got to go back empty handed. But this time he confident to win the title.