Argentina coach Jorge Sampaoli avoid Maradona’s criticizes. The former manager hit Argentine coach Jorge Sampaoli on the shore of criticism as he was coughing in the World Cup qualifying. But Sampaoli, however, had not the criticizing seriously of the football legend. He believes Argentina is a very strong team in the World Cup. And they must prove themselves in the final tournament.

The draw of the Russia WC was held in Moscow on Friday. Croatia, Iceland and Nigeria are in Group ‘D’ with twice world champions Argentina. The group round considering not so tough. Even they can jump the level easily. 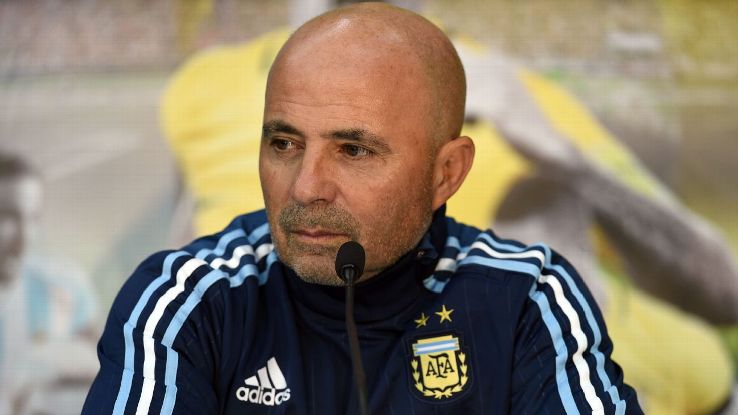 But the qualifying round not a bed of roses for the last year runner up. They complete the task very hardly. After a big struggle they got the ticket of the tournament. And that became the main cause why Maradona talking so rude. Actually the rudeness being love for the country which came out from the former forward. And that’s why he wanted to take over the responsibility of the team once again.

Actually there was another reason for his frustration. Sampaoli, who take the team responsibility in June, end of the qualifying event. From that Maradona seemed very disappointed at him. However, the team’s coach Sampaoli who confirm their place in the final tournament by defeating Ecuador, has been totally avoid the criticized of  the former manager.

Sampaoli mentioned that the criticism which thrown for him does not disturb him. He think they can prove themselves in the field and hopeful that they will be able to get a better chance in the competition.

Argentina will play the first match against New team Iceland on 16th June. Then they will be played match against Croatia and Nigeria. Sampaoli, hopeful for the group stage due to Lionel Messi being one of the best stars of the season.

For that reason he mentioned that he already know, when, where they will play against, and what is their characteristic.  The manager also knows that the world’s best footballer being play for Argentina and they have the opportunity to move to the second stage.