Argentina’s veteran player Javier Mascherano announced retirement after World Cup Russia. He reportedly said that next year Russia will his last World Cup after ther he will step down from international football.

Playing in the World Cup Russia, there was a lot of uncertainty for the last runner-up Argentina. However, Lionel Messi’s hat-trick in the final match, boost the team in the WC tournament. The Barca star becoming the first major player in the history who have always prove his ability, once again rock on the game. Only his appearances help the team won over Ecuador by 3-1 goal in the last qualifier. 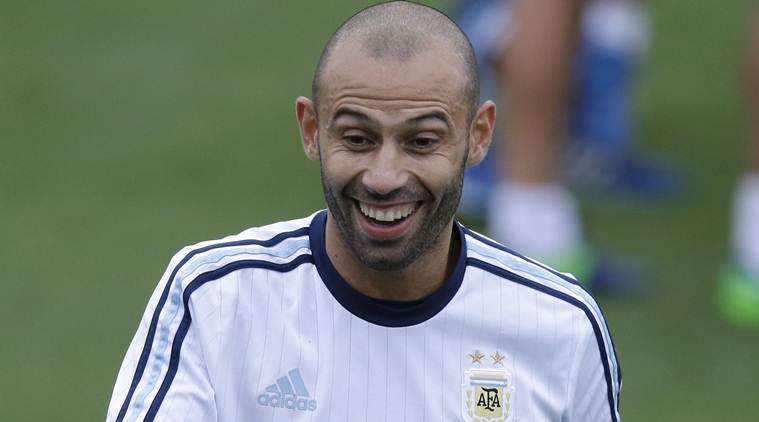 But when we talk about Mascherano he just not less experienced than Messi. So far, the Argentine has played 139 matches wearing on the same jersey.  Javier Jonty played the most match for the team and now the center-back will write the name after Javier Jonty for the most playing matches for the team.

The 33 years old accused that his journey to the national team will end in Russia. He just clear to himself self, that will be his last step for the team. After that the defender will be not seen in the international game in ever.

However, the centre back only told about retired from international football but not told about club career. He just wanted to play football all ever. The defender joined La Liga club Barcelona in 2011 and presently linking with the team.

He told that the decisions are going to be taken by the coach and he will decide whether he will be included in the team or not. The centre back also promised keep try the next six-seven months to stay in the team and whatever the coach like.

The current deal with Barcelona will be ended in 2019. But at the end of the current season, the 33-year-old player said he would take a decision on his future. Hopefully he thinking to jump any other club where he get chance to play regular.

Meanwhile, another newcomer player Fernando Gago is hoping to make debut in the next year WC championship. Gago presently out of field because of knee injury. But the youngstar trying to feet ahead of the championship. Hopefully he will make his first appearance in the WC Russia, so far.