The rivals between two team always consider as the high voltage match. Once again the five-time world champions team and the two-time champions will face in the friendly affair. 10th February, Friday the authority of the State of Victoria  confirmed the schedule date on 9th June. It will be really amazing the world’s top two teams will contest the Melbourne Cricket Ground.

Full-strength team to play a friendly match in Melbourne, Brazil and Argentina. As a result, one of the best two-star Lionel Messi and Neymar will have the opportunity to enjoy an affair of honor in front of the fans.They both also FC Barcelona’s  team-mate. They both are always seen to play together but to see each against other was too amazing. 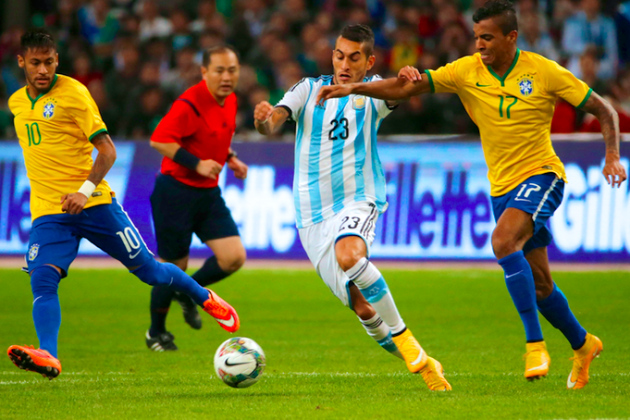 Russia 2018 World Cup in a little more than a year ago, the two South American soccer powerhouses face. Russia World Cup qualifying in South America, Argentina beat Brazil 3-0 in November. At the moment they are on top of the qualifying round. Argentina are fifth.

According to report in Melbourne before facing Argentina in June, Brazil will play a friendly match with Australia. The Officers of Victoria disclosed that the match will be held at Melbourne Cricket Ground (MCC) on 13th June. Argentina will play the same venue four days later with a team undertake.

Australia last played against Brazil in September 2013. The hosts won the match 6-0 in Brasilia. Australia had able to win for once against the five times champions in 2001 in Confederations Cup.

After coming Tite the Brazil team already started flying in the air. The team getting well day by day and trying to explore in vain. In June last year the new coach has taken the responsibility and after that they won 6 matches in a row.

By playing 12 match they gathered 27 points and presenting at the top of the qualifying table in Russia’s World Cup. On the other hand in their qualifying group in Asia, they conquered in the third place in the table with six teams in Australia. It will be really festival moment for Melbourne to host such honorable clash between the two biggest football team in the world. And it will be also pleasure for them to play at home with the team like Brazil.