The Argentine captain be like not take part in upcoming World Cup which going to take place in Russia in next year. According to report FIFA planning to banned Argentina from World Cup 2018 and if the indeed has come about the Barca star will be thrown out from the World Cup with his team.

It is learnt to the source that FIFA have already warned AFA (Argentine Football Association) about the possibility of suspension for the Russian WC.

The Argentine Football Association who have recently removed their past statues by naming the new one of College of Lawyers of Buenos Aires. According to reports it has not switched their main format of CONMEBOL. 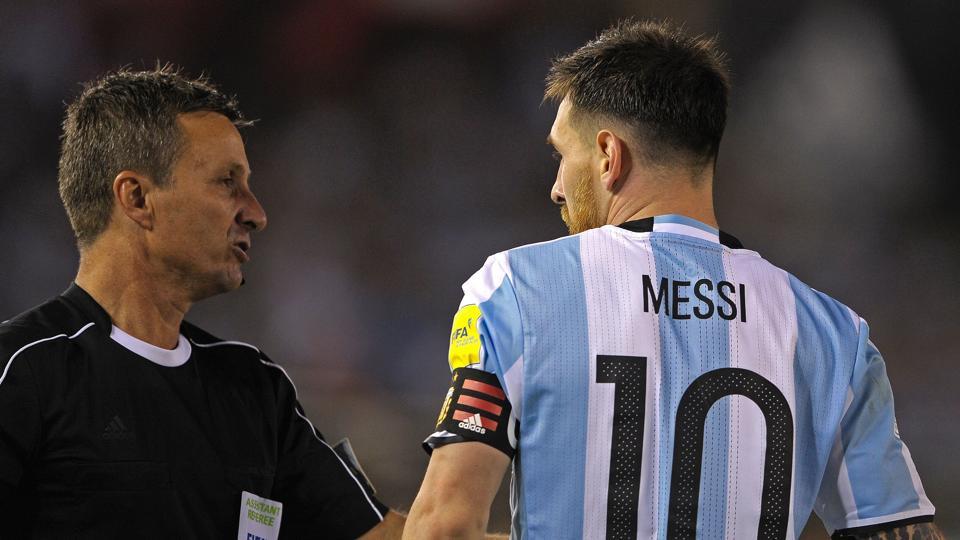 On the other hand FIFA and CONMEBOL have given a united statement for all football associations of the South American football team must have to be the CONMEBOL Ethics Committee.They also added that the Failure of the condition could be suspended from the upcoming biggest competition. Their has a little possibility of suspension for AFA by the stated of the statement.

The last season runner up has made the crucial qualifier round. They were unable to win the matches as their past record. It’s really bad to hear that Messi’s team has got only one win in their last five qualifier games. With their that win they reached in fifth position  in the qualification group of South America.

The time is not spending well of the last time runners up yet. The situation creating problem for them because the top four qualify team has already reached for the upcoming tournament. According to FIFA rules and regulations the fifth team have to fight a  continental play-off and it is quite tough for any team. So team Argentina will face high risk for suspension. If they unable to cross the level they will thrown out from the competition and it will be totally crucial for Argentine football image.

The other side Colombia are placing sixth position currently and they desperate to overtake Argentina. If Messi’s team fail to touch the aim Colombia will replace them and will qualify for Upcoming biggest competition.

So it’s time to cheer up guys whom are supporting Argentina football team. If anyhow they could fill up the task they qualify for the tournament. It’s really horrible to think World Cup 2018 without Messi and Argentina and specially when it’s last season for Barca star Messi.