Not more than 48 hours have passed, Argentina national football team have played a friendly against their long time rival Brazil in front of almost 1,00,000 fans at famous Melbourne Cricket Ground in Australia.

Argentina team wanted to make an entrance into Singapore at Saturday evening which was attempted to do as undefined, but they failed to do such. Whatever, there were a lot of media people awaiting at the private terminal of Changi Airport’s jet quay where Argentina national team were supposed to get down.

Whatever, according to the media reports which were published earlier, it is certain that Lionel Messi, the five time Balon d’Or winner has come with the team at Singapore as he had been seen at the bus which was carrying the Argentine team to the hotel. Argentina national team has boarded in Fullerton hotel. 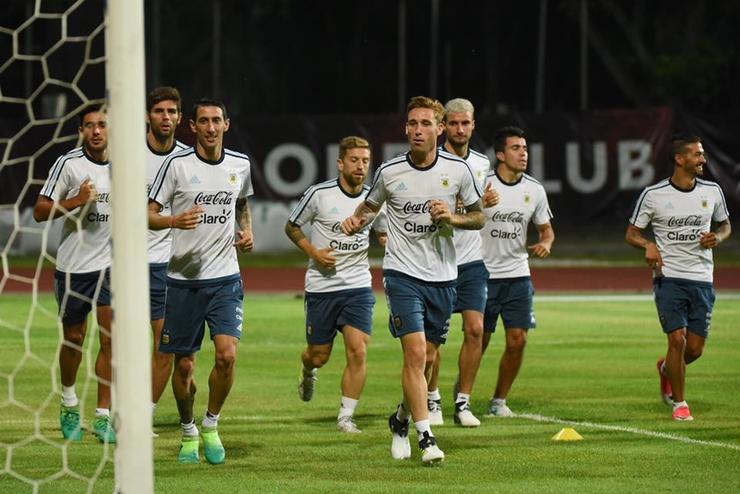 But, The Argentine forward Lionel Messi who is going to sit for his wedding this month was in Singapore for a while because of transit and seen leaving the hotel at 9:30 pm at night. The sources confirms that he has left Singapore on his way to Barcelona. The Barcelona forward will marry his long time girlfriend Antonella Roccuzzo on 30th June. The couple have two sons namely Thiago and Mateo.

Several local and foreign reports has confirmed that Argentine forward and arguably one of the best footballer of the world will not be present at the field while Argentina will take on “The Lions”. And Argentina’s newly recruited coach Jorge Sampaoli has also confirmed this news that Messi will not play at Kallang.

While Messi was in the hotel resting, the other players of the team were taken to the Bishan stadium for training. They were very desirous for the training despite traveling a long route in plane.

The news of Messi not playing at the friendly match against Singapore spread very quickly. But that did not deny the fans’ eagerness for Argentina team.

Some local kids had been camping at the airport for several hours to watch their favorite superstars. One of the kids said that people usually watch them on TV, but they are not very often available for the public in real life and the kids are happy to know that they are among the first people who got the chance to see them in Singapore.

About 50 supporters were there at Fullerton hotel who waited very patiently for the Argentine heroes. Among them there were some Juventus fans who specially recorded a “Welcome to Singapore” recording for Juventus forward Paulo Dybala.

There is a statement from FAS and UNICESS which says that Lionel Messi, Gonzalo Higuain  and Nicolas Otamendi will not appear at the game against Singapore national football team which is going to happen at National Stadium on 13 June, 2017.

They also included that Everyone hopes that fans will certainly enjoy the clash and they encourage the fans to show their support to the Singapore national football team aka “The Lions” who are going to face the two times World champions and current no. 2 ranked football team in the world.

Whatever, Argentina has won their last game by 1-0 margin which was against their age old rival Brazil and that will certainly boost their confidence.