Carlos Tevez dreaming to play in the World Cup 2018 which going to proceed Russia this year. According to reports the forward desperately waiting to join in football Argentina who made their participation in the championship very hardly.

Teves who recently joined Boca Juniors for three years is now aiming to join national side to take part in the biggest championship of the year. His main goal to play 2018 World Cup for Argentina.

In December 2016, after the second term of contract with home Club, he left that and joined Shanghai, China. But the forward did not make any effort to adapt itself in Chinese Super League club. In fact, he was missing his home club and finally Tevez joined the side on last Saturday for a year after the contract left. 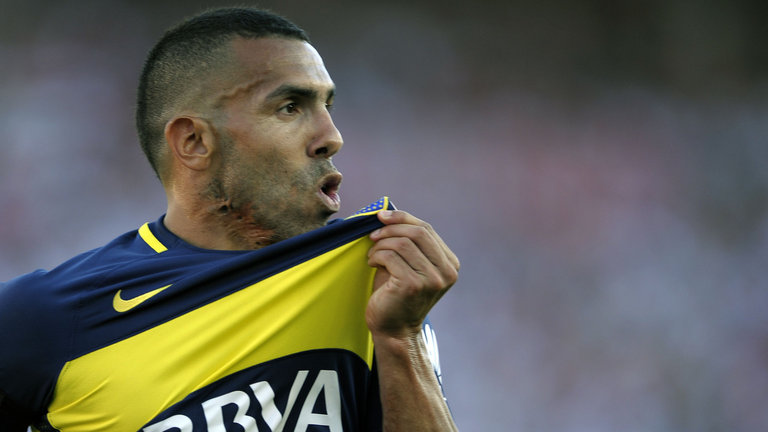 In 2017, Tevez scored just 4 goals for the club in the Chinese Super League. The 33-year-old player, who missed the final of the Chinese FA Cup, due to lack of sincerity for his work. The forward always felt attraction for the home side and that’s why he could not pay attention to the other team and finally he bounce back the club

Copa Libertadores 2003 winner very happy after returning to the childhood club. Now his goal is to make it to the national team. At this time the striker busy to impress Sampaoli to join the team and any how make sure his participation in the WC tournament.

But Tevesh has to give tough tests to reach that goal. Because he has not played any international match since 2015. Besides, Argentine coach Jorge Sampaoli has numbers of star forwards like Lionel Messi, Gonzalo Higuain, Cerro Aguero and Mauro Icardi. So there has no space for any else in beat eleven. And after a tough fight Football Argentina got the ticket of the tournament and any how he could not take to risk.

But Tevez not think so, even he think different of that. Tuesday the forward gave a statement where he mentioned that he had not had enough time in football and time to left the profession. He also said that it would be great to have a player of his age in the World Cup.

However, Teves played or not, this season WC will be broken all past records and Argentina become one of the most favorite team in the competition. The last season runner-up very confident in their tem.