Lionel Messi is going to play Russia World Cup at the age of 30. That means the forward will be age of 34 in the next World Cup. There is no doubt about whether he can play in the World Cup at that age. In all, it is believed that Argentina will win the major WC title in the final, in Russia which start on 14th June. But as far as the Preview Russia championship is coming, Argentina is more fierce!

Russia WC in June In front of the biggest football event in the world, where all the teams have started to gather in the last days, there is a bad news coming out in Argentina camp. Striker Sergio has been suffering from Aguero injuries a few days ago. Argentina’s veteran midfielder Lucas Biglia, who walked the same way. 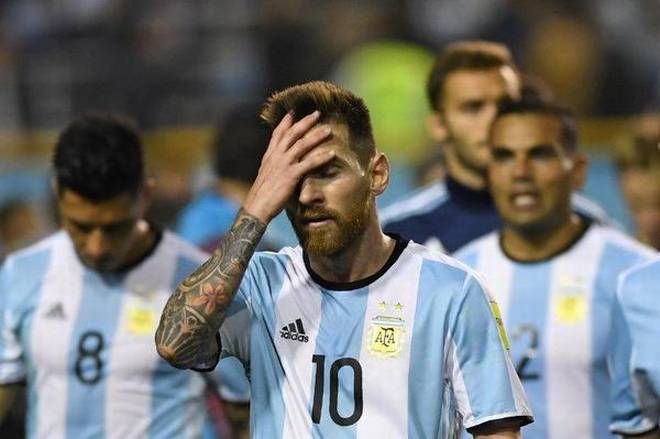 A few days ago, Manchester City star Sergio Aguero was injured while undergoing training. Argentine camp breathed a sigh of relief as it scored 15 goals in 13 matches at the beginning of 2014. But due to knee injury, the striker’s WC participation created a skeptical. Argentine physician said that the forward ts not 100 percent fit for the upcoming championship.

Argentina’s midfielder Biglia Beyonce suffered a back injury in the absence of Aguero’s injury. But this is not a slight injury. AC Milan midfielder has broken two vertebrae. The first two bones of the backbone of the spinal cord were broken during the serie ‘A’ match on Saturday. The star of the WC tournament, being uncertin due to a severe injury.

Argentine invasion is full of stars But slowly they all kicked out from the field. Sampaoli’s team depending so much to the Barca star Messi. And that truth proved against Spain, when they lost by 6-1 score.

In that situation the absence of the important footballers will be the big bad news for a big obstacle to win the Russia WC title. So before the championship it’s needed to be more alert about any accident. There only a few days remain to begin the Russia tournament and the team will face Iceland, Nigeria and Morocco in the D group so far.