Manuel Lanzini knocked out of World Cup championship due to injury. Lenzini got the right knee injury during practice period with the Argentina team. This attacking midfielder is not playing in the World Cup due to knee ligament tear. The Argentine Football Association has not yet announced the names of Lenzini’s alternative players.

He was considered very important in the Argentina team in the WC championship in Russia. But in that thought, he got angry. Manuel Lenzini’s dream of playing in the WC tournament with Argentina was awaited due to the right knee ligament injury during Argentina’s team practice. 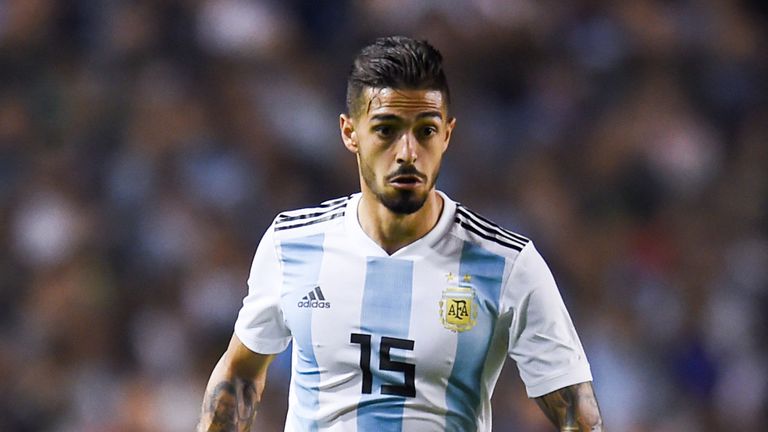 The Argentine Football Association (AFA) confirmed the news of his knock out from the championship. The AFA statement said that the right knee ligament has been torn apart in practice Friday morning. There is not enough time for the start the championship. Meanwhile, losing the lanzini to Sampoli will be sure a great worry.

English media reported that Lanjini had to be out of the field for a long time to recover. But the AFA has not yet told anything about who will go to Russia instead of Lanzini. It’s really very bad to the team. The competition will not be easy. They have to fight with the strongest team in different stage. So the nation need strong guy in every position.

This WC really cures for the footballers. Many fotballer will not play in the world biggest football competition. There dream of playing in the WC competition will not fulfil. It’s such a bad luck for them.

As well as Brazil star Neymar just joined the team after a long time break. On the other hand their midfielder Dani alves getting injury.  He also dropped out from the competition. Egypt star Mohamed Salah also getting well from injury. There also many players in different side who have not capacity to play in the tournament.

However, Argentina will start the title campaign against the Netherlands on 16th June, from the ‘D’ group in the championship. In this group, the remaining two opponents are Croatia and Nigeria. Sompauli’s team will fight against Nigeria on 26th June after facing Croatia on 21st June.