Argentina will be seen in the black Kit instead of blue jersey in World Cup. Never seen in history, now it will be seen in Russia World Cup. Messi’s team did not win the last World Cup final against Germany. Messi-Higuain were on the field in Blue Jersey. Now the jersey changed, for the first time Messi will be playing in the black-colored t-shirt afterwards. Recently jersey producer Adidas posted that picture.

After 85 days, the WC competition will be played in Russia. In the meantime, the participate teams are making their own way. Italy will not play in the final tournament of Russia WC. However, the team has unveiled the t-shirt of its Away match earlier. Jersey manufacturer Adidas unveils kit in nine countries. 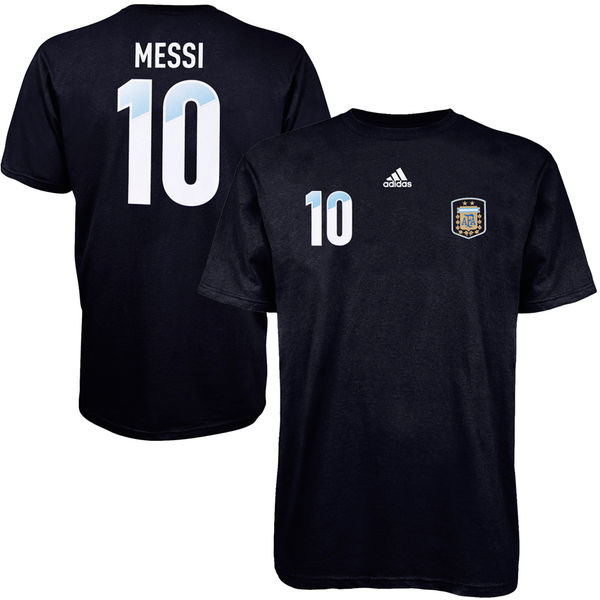 However the original t-shirt will be sky blue with a little white. There is a lot of history associated with this t-shirt. In the 1986 World Cup, Maradona took the title after winning the kit. The stars like Batista have played in that jersey. So the home will be same.

The home kit of the team has been leaked in very earlier. Messi;s team already had played two matches by wearing that. It being the t-shirt of Sky blue and White. It was first considering as rumor that Sampaoli team will wear black kit in WC championship. But Tuesday when Adidas leaked the away kit of the team, it became sure that they will be seen in that look.

Not only that the team captain Messi get modelling to wear the black t-shirt. Not only Messi also Di Maria and also some other players also take photo shoot with that kit.  Actually it being the secondary shirt of the team and first time they will play to wear it.

Germany’s t-shirt will be made by somewhat green color, which is made in the form of the 1990 WC semifinal jersey. At the end of the eighties, Spain’s Away kit is white-blue.

Apart from this, avenues of Russia, Belgium, Sweden, Mexico, Colombia and Japan have also been unveiled their t-shirt last month. Meanwhile, Cristiano Ronaldo Portugal will play in Nike’s kit The jersey was also unveiled.

The WC championship very close to start. All teams very hopeful and excited for the championship. They being getting ready for the battle. For getting well in their performance they are busy to play various friendlies ahead of the tournament. Now their target is to do well in the competition.