Argentina which would be a most popular football team in the world might be excluded from the upcoming FIFA World Cup 2018 which will be hosted in Russia due to their continuous poor performance in qualifying round. In their last match which was staged yesterday was drawn against Peru at the home ground of the Peru by 2 – 2. The match was easy to win by them but without their key player the great Lionel Messi, they fallen into deep trouble and failed to show their amazing skill in the field.

By this drawn, Argentina was lost their ranked in South America qualification round and currently placed in 5th position with 16 points. With the same point, team Colombia is in 4th position due to goal differences. Ecuador is in 3rd position where Brazil is placed in 2nd by destroying Bolivia by 5 – 0 goals. At the end of the 9th round of qualifying phase, Uruguay is in top position. 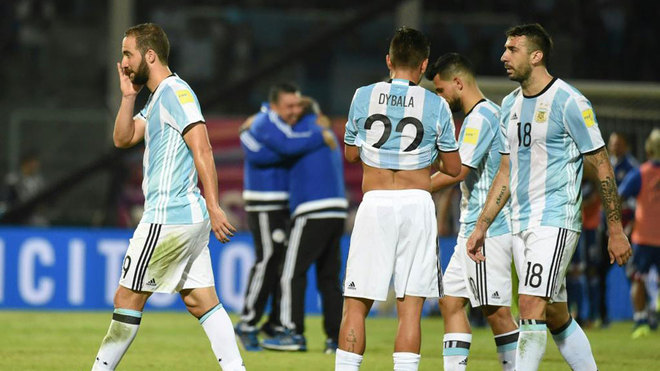 So, team Argentina is in trouble and playing with the main event of 2018 World Cup is in doubt. End of the qualifying phase, the top four teams will be selected to play at the World Cup 2018 directly and the fifth ranked team will have to pass another competition to get clearance.

Team Argentina which is currently holding the top position of the FIFA ranking and the team management has recently changed their coaching master to Edgardo Bauza. So, Bauza does not want to take that risk by not selecting for the largest football competition. So, if they want to ensure their position among top four in the qualification stage, they must win their rest competitions as well.

However, Lionel Messi would probably miss their next few competition due to groin injury and currently passing a vacation with his family. So, it would be hard for Argentina without him to perform well though, they still have a plenty of remarkable attacking option and their manager Bauza has stated that they are ready to play without Messi as well.