Barca star Lionel Messi is seemed to change look suddenly. After the International break he came back with the new look with new hair style. With the new look he seemed much oldy.

After losing Copa America the striker decided to walk out from the national side but his fans and team authority forced him to back the side. The Barca star was first seen with the new look, when his partner posted his picture via Instagram in late July. It is surprising and also shocking the new look by turning heads with the platinum blonde.

After that the star was founded a strange look. World wide fans eager to know for his new oldy look. And finally he exclaimed about his dramatic and blonde hair do. He disclosed the fact on Argentine television. In an interview he confessed about his new look and hairdo. 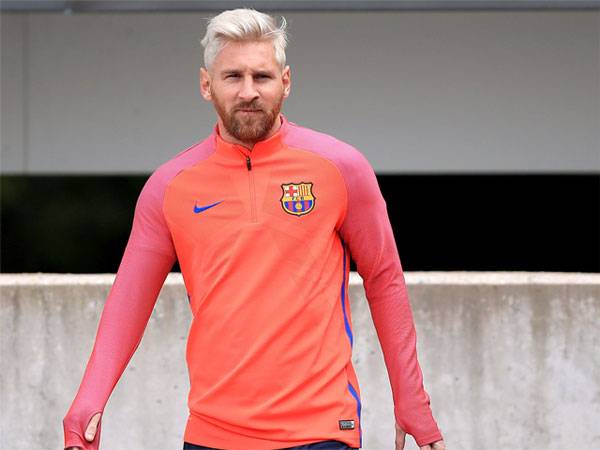 He told that he had made a change to start from zero. he was emerging from a lot of controversies, of things that had happened to him and he said to himself that he got to break that and have to start again.

The interview was taken place when he returned home for international duty. The 29-year-old also mentioned about his retirement decision which was announced by him after the Copa America Centenario final match. He told it was just what he felt in that moment. He also added that everything was falling around him and he had felt like that was going to be his time, because of the way the team was playing and how they got to the final. At last he concluded with that it was a matter of huge disappointment and now he wanted to start from the first. This time there will be no chance for any fault.

His returning back proved his skilled once again. To join the side he grabbed the first win over Uruguay, 1-0  score. He is such an alien footballer who pulled the team in a respective position.

After Finishing international duty Messi joined the Barcelona. He joined the sunday training camp while missing Saturday training. It’s the time to focus club career. At present he is under construction to extend contract with Barcelona. It is also learnt to the source the Uruguayan striker Suarez and midfielder Rakitic also in the same line. So guys if you keen to get hot and latest news keep eyes in our site.