Born in 13th July, 1990 in Argentina, this 25 years old also played for many clubs. Early life, he joined Lanus and in 24th August, 2008 he played against Boca Juniors which was his debut in club match. He scored goals in that match. Since then, he never had to look behind. 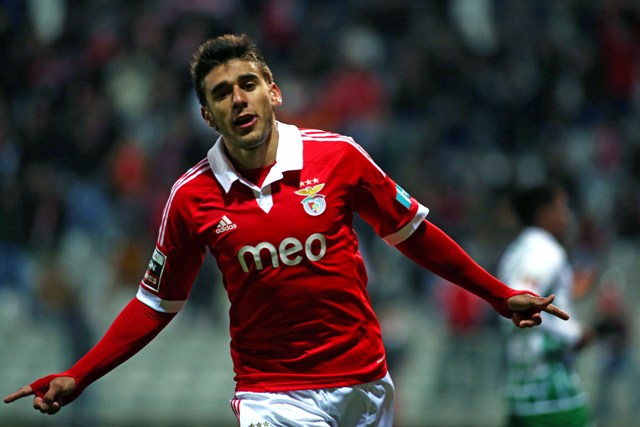 He signed with the Eagles in July, 2012 with five years deal in exchange for €13.5 million which was the record amount of transfer by then.

According to the recent announcement of Benfica, they have extended the agreement with Eduardo Salvio till 2019 though, there are still one year deal left. This news is confirmed by the triple Primeira Liga champion Salvio.

This Argentine winger once played for the Spanish club Atletico Madrid since 2010 to 2012. In 2010 January, he signed a pact with the Red and Whites where he received €10 million transfer fee which was reported. He played with them totally 44 matches and scored 5 goals so far.

Before making a permanent place in Benfica, this Argentine star passed a loan period with them in 2010/11. After that he was picked up by the Eagles due to the extraordinary performance in loan session. In that time being, he scored 4 most valuable goals by playing 19 appearances which made them win. So, they recruited him in following year.

Now, SL Benfica announces about the contract renewed while there is still one year left and now it has extended further two years. The Eagles was in hurry due to a obvious rumour was spread out that, this Argentine winger will return to Argentina where Boca Juniors need his services. So, based on this platform, Benfica did not waste any time but to extend contract with him and also offered much salary than before.

In Benfica, he faced a serious knee injury of his right leg where he suffered six months. With Benfica, he has got 3rd consecutive win in last season of Primeira Liga and getting chance to compete in upcoming Champions League which will start soon.

Unfortunately, Eduardo Salvio was not in the current squad of Argentina national football team which was competed in Copa America Centenario 2016 which was hosted in United States. But he will be back soon in the the White and Sky Blue team.