Age is just a number. Are you a believer of this fact? If you’re not, then you must have a look at Athletic Bilbao forward Aritz Aduriz. People, specially the footballers become shaky, as the age increases and they become older but the Spanish attacker we are talking about is just becoming more and more dangerous on the field. He is such a serious player around the oppositions’ boxes and his hunger for the goals is not seemed to be decreased any time soon. He continues to impress the fans as well as the whole football world with his goal scoring ability.

Aduriz, he simply had never scored more than 20 goals in a season before the 2013-14 campaign, have now managed to do it for the 3 consecutive seasons as his brace against Espanyol on the Tuesday evening has earned him a total of 20 competitive goals so far in this ongoing campaign. It is a great achievement for the veteran footballer who turned 36 in the last February. It is quite sensational from a striker of his age, who is still so much hungry for the goals as like as the young in form strikers of the world. 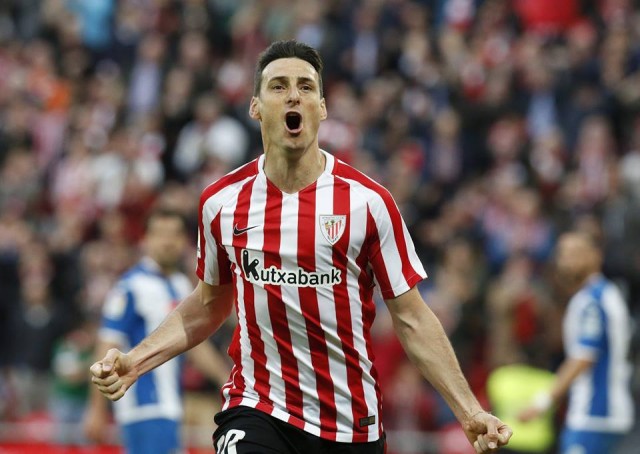 The Spain international who has represented Spain in 11 international matches and scored 2 goals for his country, has scored 12 goals in the La Liga so far, and is at the 6th position in the La Liga 2016-17 top scorers’ list, just behind Lionel Messi, Luis Suarez (Barcelona), Cristiano Ronaldo (Real Madrid), Iago Aspas (Celta de Vigo) and Antoine Griezmann (Atletico Madrid). The Los Leones striker has assisted once this season and have taken 15o minutes to score apiece. He has appeared a total of 1803 minutes on the pitch for the Zuri gorriak and 59% of his shots were on target this season.

The former Valencia forward was once again at the top of his form when Bilbao hosted Espanyol in an important Liga BBVA clash at the San Mames Stadium on the Tuesday evening as he put his name twice on the score card to hand his team a vital victory. He opened the scoring on 17th minute of the game as he converted an awarded penalty to the first goal of the game and doubled the lead 20 minutes later to seal the game for the home side. The former Mallorca footballer had netted on 36 occasions last season, which was considered to be the best season of his career so far. He also struck 26 times in the 2014-15 times for his club.