23 years old Marcel Tisserand is a centre back and also playing in the position of right back. Due to his duel frequent position style, he is acquired by the Gunners this summer though he is in under contract with Monaco. Besides Arsenal, Spanish side Espanyol were also keen to this player but they were not desperate enough like the Gunners.

Currently 23 years old this defender joined Monaco in 2013 and since then he is trying to secure his place among them but unfortunately he made only 6 appearances with them and last three years, he spent loan season with three different clubs. 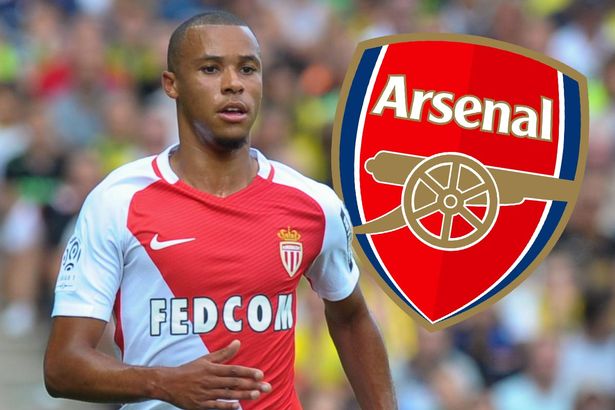 First he was loan to Lens in 2014 for half season and after finishing that he was again given to the Toulouse but there also he did not chance to play with the Toulouse main team only got opportunity to perform with B teams. But next year in 2015/16, he made his debut in Ligue 1 and played 38 league appearances with them. However, he spent two years long loan season with Toulouse and this summer return to Stade Louis with good hope.

But, it seems the boss of the Red and Whites Leonardo Jardim would probably given him loan again and counting on that possibility, the Gunners will place a bid for him either they will sell him or given loan but Wenger would like to add his own term that he can include a buying option after finishing the loan period.

Though, Arsenal possess two remarkable defenders in their current squad including team’s skipper Per Mertesacker. The other one is Gabriel. But both of them are in injury and possibly will not play any matches next four months. In the meantime, they are in urgent need a qualityful defender where Valencia’s German player Shkodran Mustafi was their first choice. But Valencia’s demand was so high where they have claimed approximately £50 million which is far more than the Gunners budget. So, they are forced to shift their attention to plan B.

But also that plan seems to be failed where they were looking for West Brom defender Jonny Evans and they offered a bid but West Brom has stated straightly that he will not available less than £25 million. So, their all plans are about to go down and only few choices have left but they need to hurry before transfer window close in a week later.

Though, the Espanyol was close to the Congo international but the player wants to wait a few more times to see the bid of the Gunners.