Croatia international Marcelo Brozovic is currently under contracted with the Cherished One but this summer they are putting him on the transfer market due to they are currently shortage of money and that is why they are willing to sell one of the potential player to get a large amount to land Gabigol and Joao Mario both.

In this circumstances, the Gunners and the Blues are both keen to this players to secure their ranks, according to the Marcelo’s agent. He also stated that, there are plenty of alternatives for this midfielder but he also wants to switch to the English side. 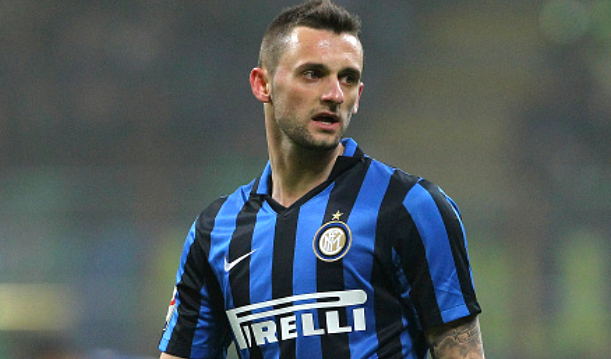 The Pensioners agent are in Italian side reportedly to finalise the agreement where the Gunners are preparing for tabling a bid. Nerazzurri has tagged almost £25 million for the Croatia international and if any club will meet such demand, then feel free to sell their player.

Though, the Blues have already bought Batshuayi and N’Golo Kante where the Gunners have picked Granit Xhaka however, they want this 23 years old midfielder to rich their midfield ranks. Also, Marcelo would bring some different in their line up.

Besides, this player spent in last season with the Italian side where he made 32 appearances and scored four along with four assists. He also received seven yellow cards with it.

He was once linked with the Italian top tier Juventus and another club Roma too. His agent has revealed that the Croat has enough time before transfer deadline and currently his agent is working for his next destination. Another news portal said that this 23 years old player wants to stay with the Italian side.

Now, the transfer window is running out and all the relevant clubs have to move quickly. Inter Milan needs money where four different clubs are interested about their player. So, they will have to decide quick. But one thing is for sure that they would sell him to the English side rather than let him join to their direct rival Roma and Juventus. North London club, Tottenham Hotspur would be the another competitor of the Croat player. Though, currently this player belongs to the Cherished One until he will sign another contract.

Marcelo first joined in Hrvatski Dragovoljac in 2010 for a season. Later, he moved to the Lokomotiva and after that Dinamo Zagreb. While playing with the Zagreb, he spent one loan season with Inter Milan in 2015/16 where he made almost 47 appearances and scored five goals. Due to his charming activities during the loan period, Inter Milan added him to their squad for one and half year.