Arsenal boss Arsene Wenger has considered plenty of options to pick good and talented players over the last transfer season and finally capable to sign a couple of players before the transfer season slam shut. But, he still felt regrets about Spanish striker Diego Costa who is currently playing the Gunners most rival club Chelsea. Wenger tried to collect him since 2014 where he was playing with the Spanish club Atletico Madrid and revealed that he is a huge admirer of the striker. He made things crystal clear that he likes Costa as a player with qualities. Besides, he is very strong player and amazing ability to focus on the game which makes him more dangerous to the opponent, Wenger believes.

The Frenchman also surprised that Costa left the Spanish side at the same time and moved to the Stamford Bridge. He also added that if he had known, he tabled bid for him instead of Chelsea. 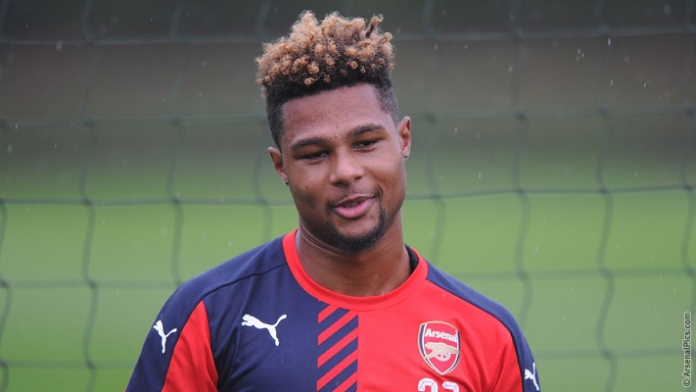 However, Diego Costa arrived at the Stamford Bridge in 1st July, 2014 from Atletico Madrid where both clubs were agreed about his £32 million buy out clause for next five years. He seemed to be happy after joining with the Blues. Till now, he made 59 appearances with the Pensioners and scored 37 goals sofar. He has started new EPL season with the Blues and already played 5 appearances too.

Besides the Brazilian international, Wenger has also suffered for the lose of his favourite winger German player Serge Gnabry where he left the Emirates Stadium in last summer to German side Werder Bremen for £5 million. The Gunners coach stated that he did not want to get rid off the player and wanted to make an extension deal and according to the report, the deal was too close to sign. But suddenly, the German international changed his mind and joined with the Bundesliga side where his contract period with the Arsenal was almost over.

Besides, Gnabry left the Gunners for couple of reasons where he did not get proper chance to play with the first team where he stayed with them almost four consecutive seasons but only got chance to play 10 appearances and spent one season loan with the West Bromwich Albion where played one appearance. So, it was wise decision for him to take proper chance where he can get though the Gunners needed him.

Serge Gnabry did not get chance with the German national team yet but to compete in last Rio Olympics 2016 where he helped the team to get silver medal.