Arsene Wenger who is the chief of Arsenal team is yet to leave the transfer market though the summer transfer window has already gone away. But also he looks everywhere to bolster his defensive line. Nice defender Malang Sarr who is currently just 17 and already being focused by many clubs as well as the Gunners. Wenger is already planning to land him in next January and he is also continuously scouting the teenager as well. Sarr has already shown his magic in his current playing league named French Ligue 1 with his club Nice in this season. This season is his first professional competition and also Nice is his first professional club and he made his Ligue 1 debut with them in 14th August, 2016 against Rennes. He almost played for Le Gym eight appearances in this season and made one goal in his debut matches which was his dream at the early age. 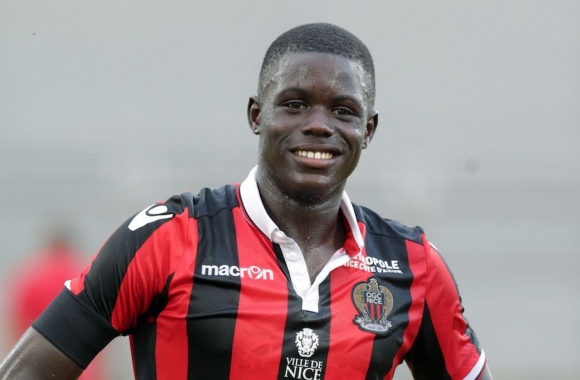 According to the Italian outlet, not only Arsenal but also AC Milan keen to this youngster but in that case Wenger is still one step closer than Milan. They have sent scout to observe him regularly.

However, Sarr arrived at the Allianz Riviera when he was at just five and almost spent 12 years with them before making any professional debut. He always saw a dream to begin a professional journey with French side and finally it has come true. He is starting his career with the central defense position along with his fellow team mate Paul Baysse.

However, Arsenal bought a couple of defenders in last summer transfer window named Rob Holding from Bolton Wanderers and Shkodran Mustafi from Valencia. But however, Arsene Wenger wants to use a couple of more defenders because he currently changes his team formation. Besides, it would not be so tough for them to bring the French wonder kid at the Emirates Stadium because by playing with them would be a great achievement for him such an early age.

The Gunners finished their last Premier League season by standing second in position when Leicester City claimed the EPL title for the first time. But this time, Wenger does not want to make the same mistake again and also desperate to bolster their lackings while there is still time. They have played already seven Premier League competitions this time and won five of them. Among rest two matches, one was lost against Liverpool and one was drawn against the Foxes.

So, as per their calculation, the French rising star would be very helpful for them and they are planning to add him. Sarr yet to play for the France national team but played with France under 16, under 17 and under 18 team squad.