Arsenal’s French defender Mathieu Debuchy is going to join at the Turkish top tier Galatasaray on a long loan season and the movement is about to a final stage, according to the report. Team Arsenal have just agreed the deal with the Lions.

This 31st years old, French right back joined with the Gunners in 17th July, 2014 from Newcastle United with an undisclosed fee which was believed to be approximately £12 million but could not continue with the first team. He only made 12 appearances with the Gunners and netted once. After passing one irregular season with the, he was given to the French club Bordeaux on one year loan. But unfortunately he felt in injury there and made only 9 appearances with them. 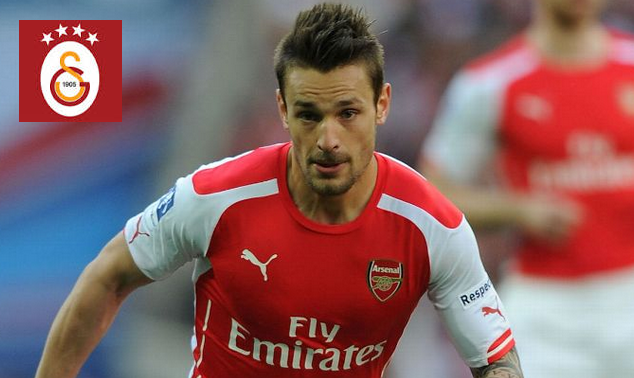 After finishing his last season on loan, he has returned to the Emirates Stadium where he is under contracted with them till 2019. Now, he is given to loan again this summer to the Turkish Galatasaray by the decision of Arsene Wenger.

The boss of the Gunners stated that he received an offer from the Lions which seems suitable and he has just accepted it. As per the deal, the Frenchman will join at Turk Telekom Arena within very short time. Since the joining at the Emirates Stadium of Mathieu Debuchy, he was in trouble and suffered the series injury and due to that reason he could not take place with the first team squad regularly where Arsene Wenger needs a regular performer to secure his defense position. So, Debuchy failed to become a key defender in Wenger’s team.

This 31 years old fellow Frenchman has still three years left contract with Arsenal and he also took part the pre season matches of Arsenal this summer and visited United States with them as part of pre season schedule. Though, his joining with the Turkish club is about to a final position but the personal agreement with the Turkish side are not yet agreed.

However, this French defender waited eagerly to perform with the Gunners in this summer but the the boss Wenger has still plenty of replacement and so, he will not risk him.

Mathieu Debuchy spent his maximum time with Lille which almost ten consecutive years where he played 233 appearances and scored 16 goals so far. He has now become one of the most inseparable part in France national team where he was called there in 5th August, 2010 and made his international debut in 11th August, 2010 against Norway which was a friendly match.