Robert Samuel Holding or simply Rob Holding is an English professional footballer who is currently picked up by the Arsenal’s Arsene Wenger in order to give £2.5 million reportedly. Earlier, he was playing for Bolton Wanderers where he joined at the age of seven and got certain training from their youth academy.

Rob Holding used to compete in League One tournament with Bolton where League One is the 2nd highest football league in England. He joined Bolton officially in 2013. He was also the loan player of Bury from Bolton in 2015. He made official debut with League One side in 11th August, 2015 and announced the player of the Season in Bolton in 29th April, 2016. 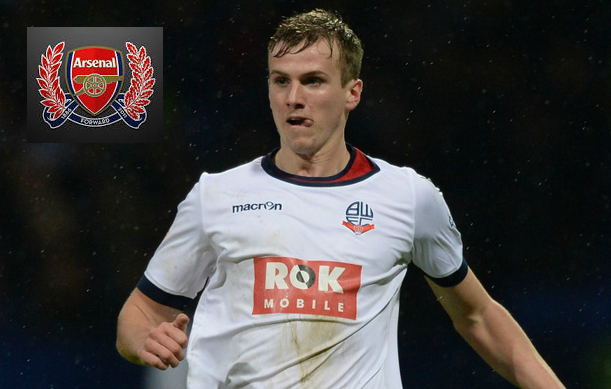 Rob Holding made 26 league appearances with League One side in last season and scored one goal so far. Due to his performance in last season, the Gunners boss Wenger was impressed and felt interest for him in early April, 2016.

In 22nd July, 2016, an official announcement was made by the Gunners that Holding has joined at the Emirates Stadium successful due to an undisclosed validity. Through him, Arsenal have completed their third signing in this season after Granit Xhaka from Borussia Monchengladbach and Takuma Asano from Hiroshima Sanfrecce.

Holding has become one of the promising defender in England within very short time. He can play with a different formation frequently either centre back or full back. Due to that reason, he was chosen by the Wenger. He can be the key defender due to his physical fitness and he has got ability to read the game according to the Wenger.

About his signing with the Emirates Stadium, Holding stated that he was dreaming to play with his one of the favourite club Arsenal and now it has come true. So, he can not wait to get started with them.

Though, Holding did not get chance to the England national football team but due to his age, he was called recently England under 21 team squad in 15th may, 2016. He made his debut with the team in 23rd May, 2016 against Guinea. Till now, he has made 2 appearances with them.

This 20 years old former League One side defender will be involved with always first team and he is given the shirt no #16 which was previously worn by Aaron Ramsey. And Aaron Ramsey will wear a new number shirt with #8. But first, it was Granit Xhaka who would wear the #16 number shirt but he chose number #29 instead.