The Gunners has always feared about their top playmaker German international Mesut Ozil because he would probably leave the club and also earlier this summer, they saw abid from Bundesliga side for the prime player and rejected that completely. Though, he has still couple of years contract left with the Gunners which will valid in 2018 but however, they have successfully make an extension deal with the attacking midfielder but the details of the renewal agreement yet not to be announced. But one thing which is also included with the agreement that Ozil is given approval to wear number #10 shirt instead of his number #11.

Jack Wilshere who is the current holder of no. 10 shirt is spending loan period with Bournemouth and his future at the Emirates Stadium is full of doubt. 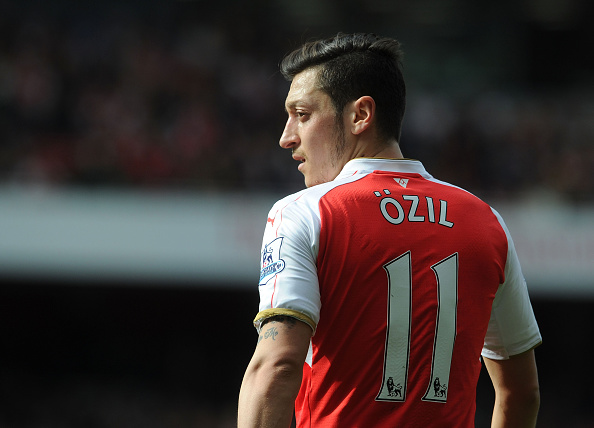 According to the previous contract, Ozil used to receive £140,000 per week which would be increased after making new pact. He was always one of the prime player of the Gunners and netted regularly though his scoring number was not significantly high but he assisted a number of times which is proved. He is the only player in the team who can able to manage the midfield very well. So, all in all, he deserves such credit.

27 years old german international has settled at the north London as stated by the report and he has moved to a new house recently. Though, he has made a long term contract with the Gunnars but it is remain unclear that how long for the deal valid. But it will be revealed within couple of days.

Mesut Ozil has started with the new Premier League season with the Gunners but made three appearances out of five and already scored once. He has showed remarkable skill while playing with the Blues in their last match of EPL and so, they defeated them by 3 – 0 goals.

Before joining at the Emirates Stadium, Ozil also played for the three different clubs named Schalke, Werder Bremen and Real Madrid. He made his highest appearances with Real around 105 and netted 19 goals so far. He joined Arsenal in 2nd September, 2013 but the transfer fee was undisclosed which approximately £42.5 million for five years deal. He is also one of the key player in Germany national team and participated in last UEFA Euro 2016 but unfortunately lost against France in semi final. But he helped Germany to achieve FIFA World Cup 2014.

However, Wenger also wanted a new striker in this season and focused on to Aubameyang from Borussia Dortmund but they demanded massive amount which did not meet by the Gunners. But they will make another step for the Gabon international when the transfer window will reopen in next January.