The Gunners are keen to another replacement of their star midfielder Jack Wilshere who is about to leave the Emirates Stadium to spend another loan period but his destination are yet to be confirmed. So, Wenger needs a replacement of their player who is struggling to regain his form. Now, as per the reason, they are going make an ultimate move towards the Paraguay international Miguel Almiron who is just 22 years old. He is currently playing for Argentina club Atletico Lanus or simply Lanus. He arrived at Estadio Ciudad in August, 2015 and just spent one season where made only sixteen appearances and netted once. 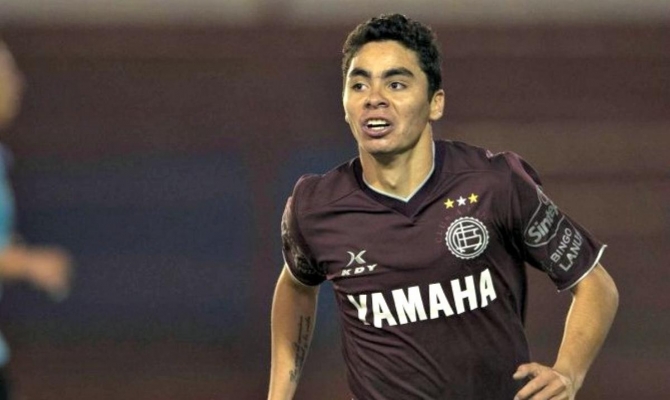 So, at his early age, he is looking for great opportunities and now, here is chance has finally come though, his agent Daniel Campos has stated that, the Gunners are yet to make an official offer. But also there is a rumour has spread that the both clubs are in talk over the transfer where the Argentine side has claimed almost £11 million for this Paraguay attacking midfielder. But the agent claimed that there were no further talk between two clubs and if it would happen, it would announce publicly.

However, the Paraguay international would very much like to be a part of the historic club Arsenal and would eagerly waiting to play under Arsene Wenger.

Now, at the final day of the transfer window, Arsenal are so busy about their next movement towards the players and still now, they are lacking of two more players, according to their opinion. They are working to secure their last moment options where they are pondering to sign Lucas Perez and Shkodran Mustafi both today. Miguel Almiron is also on their radar too.

But it seems that it would be easy for the Gunners to bring the Lanus player at the Emirates Stadium by spending £11 million which is their asking price. If so, they will spend such amount, it will be within their budget where Arsenal chief Wenger was given barrier to spend almost £100 million this summer.

However, this Paraguayan international can able to play either central midfielder or winger to which is wide enough to cover. So, Arsene Wenger has thought that he would be the perfect alternatives of Jack Wilshere this summer.

22 years old Almiron just made an international appearance with the Paraguay national team since the joining in 2015. He made his senior club journey with Cerro Porteno in 2013 and played two seasons with them. Lanus is his second club. And now, he is preparing to move to the third one.