Arsenal manager, Arsene Wenger was furious at the post match press conference after his team tasted a 2-1 defeat at the Etihad Stadium. Two of the biggest team of English football came head to head in an important premier league clash on the Sunday evening. The Citizens proved to be the better side as they claimed a 2-1 victory. But Arsenal manager was not happy at all as he thinks that the referees played a big part for the hosts in the result.

The 67 years old directly blamed the referees and disappointingly described them as protected species. He was frustrated with such poor decisions in a crucial match which has costed them some vital points and expressed his thoughts that the match officials are virtually untouchable. The Frenchman was furious as expected as both the Man City goals seemed to be offside and confusing for the Arsenal goalkeeper.

Wenger said that the referees are like protected lions in the zoo and that’s why they will have to take the result. He seemed much disappointed to accept those decisions and mocked the referees in the press conference. He was not happy with Martin Atkinson and his assistants’ decision he revealed. He told that although he wants officials to be safe and protected but he would like to see more good and right decisions from them. 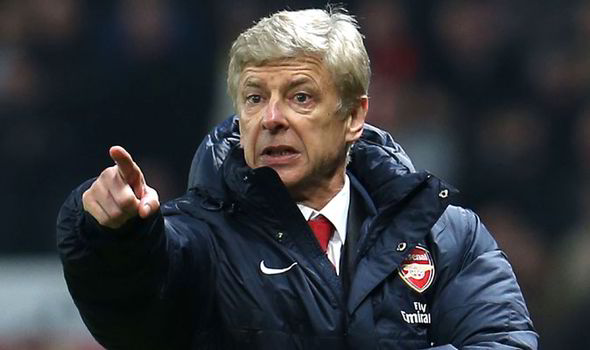 Arsenal goal stopper Petr Cech also talked with the media and revealed his disappointment. He said that there were players in front of the goal and he couldn’t even see the shot when city scored the winner. He added that players were running across ahead of him. He also said that he was not sure who the man actually was there in front of the ball but firmly said that just had no chance to see the balls as it was behind some of the City players.

On the Sunday afternoon, The Gunners got a flying start as Theo Walcott scored the opening goal of the game and the visitors got the lead inside the opening 5 minutes. The first half ended with the 1-0 advantage for the visitors. Man City levelled the line on the 47th minute of the game with a Leroy Sane strike although the footage showed that the German was probably in the offside. On the 72nd minute of the game Sterling scored the decider but it seems that David Silva confused Petr Cech when City scored the goal.

Man City is currently on the 2nd position in the league table and Arsenal are on the 4th position. The 3rd ranked team Liverpool has played a game less than City and Arsenal. Man City and Arsenal have got 36 and 34 points from the first 17 league matches respectively.