Arsenal manager Arsene Wenger reveals that he wants Olivier Giroud to extend his contract. The French forward’s contract with Gunners will run out after the end of the 2017-18 season. But the striker hasn’t signed any new contract as according to the reports he is not happy at the moment in his club. Wenger is still trying to convince his compatriot.

Giroud used to be the top striker at the Arsenal last season but this season Chilean attacker Alexis Sanchez has been given the role up-front considering his goal scoring ability. Sanchez is playing at the top of the attack & has been the top choice for Wenger. Olivier Giroud is getting less time on the pitch and is being used as a substitute. The French international is not happy with the situation and hasn’t signed a new contract yet. 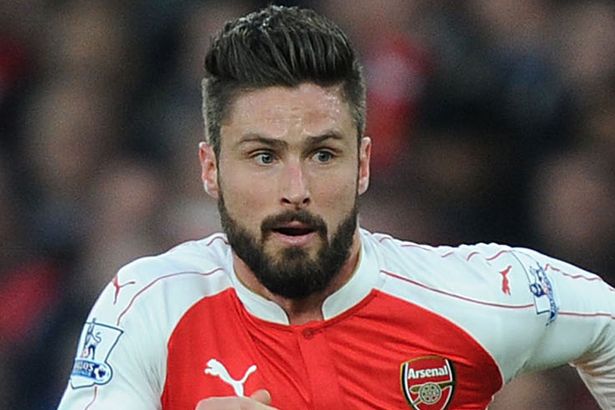 The Experienced One admits that it has been tough for him to keep his compatriot forward happy but also said that it is not possible to keep everyone happy. The 67 years old told the media that he actually has no idea, how to keep every member of the squad happy. Wenger adds that the media will never stop talking & blaming as he thinks that if he had only one striker then the question would have been that why he is not buying more players. On the contrary, if he buys one then the question will be thrown towards you that how can you make them happy. That’s why the experienced Frenchman thinks that we all have to be sure exactly where we should be and excatly what we should do.

Wenger reveals his love for Giroud & said that he would like him to stay. He labelled the 30 years old striker as an important player both on and off the field. He also says that Giroud has to live there with competition. The 67 years old added his previous experiences by telling that he had Kanu, Dennis Bergkamp, Thierry Henry & a young Robin Van Persie and it was never easy.

Olivier Giroud signed for the Gunners from Montpellier in the 2012-13 season. It is the 5th season at Arsenal for him. The 30 years old has appeared in 12 competitive matches this season for his club and netted 5 times. Last season he scored 24 goals for the club in 53 matches. Giroud has apperaed in total 199 matches so far for Arsenal & netted 87 times. Arsenal is currently ranked in the 2nd position in the EPL table. They have got 31 points from the first 14 matches. Giroud may appear in his 200th competitive match for the Gunners against Stoke City.