Arsenal chief Arsene Wenger is reportedly plotting to make a move for Spanish midfielder Cesc Fabregas and try to bring him at the Emirates Stadium once again. However, Fabregas who was once the key contributor of the Gunners with whom he started his professional career in 2003. He played for them almost eight seasons and made 212 league appearances with them along with 35 goals so far. Now, Arsene Wenger wants to bring him again to bolster their midfield and would be a permanent solution for him. Besides, Cesc Fabregas who is currently out numbered at the Stamford Bridge. Current Chelsea boss Antonio Conte tried to offload him in last summer but remain unsuccessful at that time. Conte is the new manager of the Blues and after taking control of them he has made the Spaniard at the side line for long. In this season of Premier League, the Spanish international has featured only six first team appearances where he also scored twice times but however, he is not in the plan of Conte to use because he has changed his team formation and has better alternatives in his hand right now. So, it seems that Fabregas has no future with them and better to leave the camp. 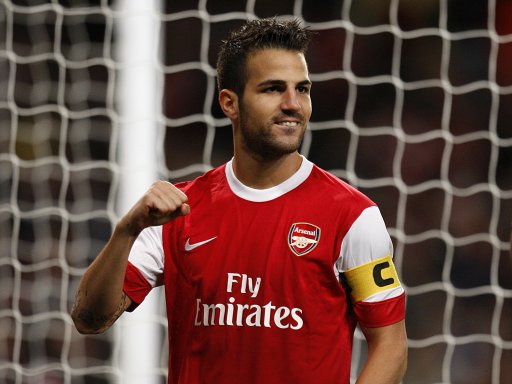 On the other side, Arsenal is in trouble in their midfield section due to lose their key player Santi Cazorla who is in injury and a major surgery has done. So, he is out of field for next couple of months and in the meantime, Wenger is keen to replace him with Fabregas who would be a perfect replacement of Cazorla. Besides, Fabregas was one of the best player at the Emirates Stadium and won FA Cup in 2005.

However, the Spaniard moved to the Camp Nou in 2011 and due to that reason, some of the Gunners men yet to forgive him though he was forced to join Barcelona back then. Besides Arsenal, he has been linked with couple of Italian club where AC Milan is one of them. But make any final decision this midfielder would like to wait until next summer but Wenger has no time to give him. He would like to land him former player in next january while Premier League is still in their hand to win.

But, in that case, Wenger has to depend on Chelsea’s decision where would they like to sell one of their main player to their direct rival at the crucial moment of season.

Cesc Fabregas who arrived at the Stamford Bridge from Barcelona in 12th June, 2014 by making five years deal  for almost €33 million. He totally played for the Blues 76 league appearances and netted 8 times so far.