Paris Saint Germain playmaker Julian Draxler would be available in the market in this summer according to the report. PSG is in little shortage of case where they have brought earlier Brazilian skipper Neymar Jr from Barcelona in exchange for huge amount which is still the record fee. So, their midfield problems have solved and also has some players. So, if they could let this German winger go, it would not affect them much. The Gunners boss Arsene Wenger is looking forward to bring Draxler at the Emirates Stadium where this German player would be available for £32 million. So, Arsenal is platting for making a move to table the expected bid for this playmaker.

Arsene Wenger has been looking to this winger since long and back to 2014, he tried number of times to pick him at his side. And now this player is available with £32 million. Reportedly, Arsenal is considering this price tags and let them know shortly. 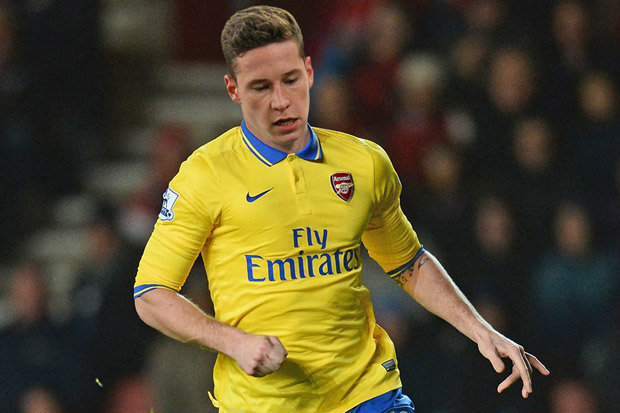 Arsene Wenger has a budget in this summer transfer window which is yet to fill up. He has just bought Alexandre Lacazette and Sead Kolasinac this summer but still there are enough of fund available and he can go to the market again. Not only the English club Arsenal but also German club Dortmund and Series club Inter Milan are also keen to this German midfielder but considering the player opinion, he would like to move to the north London first if he will get the option.

Julian Draxler is currently just 23 years old but already placed him as one of the top category midfielder or playmaker. He is in the Germany national football team since 2012 and made 35 international appearances with five goals. In 2011, he started his club career professionally with Schalke 04 where he stayed four consecutive seasons. In 2015, VfL Wolfsburg bought him and the transfer fee was undisclosed. In the last winter transfer window, PSG took him from VfL Wolfsburg.