The Gunners boss Arsene Wenger has just moved his attention to Uruguayan defender Jose Gimenez who is currently playing for Spanish Atletico Madrid. Jose is their second target where they are currently failed to sign Valencia’s defender Shkodran Mustafi where Valencia claimed for Mustafi almost £30 million. Due to fail to meet their demand, the Gunners would look to the Jose Gimenez. They have just started negotiation with Atletico which is almost preliminary stage.

Though, the Spanish side has announced that this Uruguayan international is not available if they will fail to meet his release clause which is approximately €65 million. So, the obvious question raise up that how the Gunners will meet such demand where they failed to meet Valencia’s £30 million for Mustafi which was almost half. 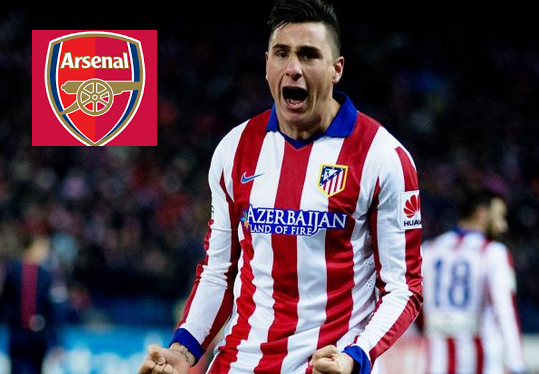 Though, the Mattressers have revealed the release clause but Wenger is very hopeful to land this centre back in exchange for £40 million. They want to secure their defense line before close the transfer market and so, they are desperate about Jose.

Jose Gimenez, who is currently 21 years old, arrived at Vicente Calderon from Danubio in 25th April, 2013 for €900 000 when he was only 18 years old. He played there total 48 appearances and scored three goals.

Then, Atletico’s skipper was Diego Godin and Jose was very fond of him. He thought that Godin was a legendary player and would learn from him many things.

In last La Liga season, this Uruguayan international made 27 appearances with the Spanish side and also scored once. Due to his amazing performance, Wenger was impressed and now trying to tie him before the transfer window close in 31st August, 2016. The Gunners boss have thought about him as a possible replacement of Per Mertesacker who is suffering from knee injury.

Their another defender Gabriel is also in injury and so, Arsenal is in hurry to recruit an appropriate alternative for them. Along with Laurent Koscielny, he is also not fit for the next competition with the Gunners.

With Uruguayan club Danubio, this 21st years old started his career in 2012 and stayed with them just one season where he made only sixteen appearances but scored none. Next year, he moved to the Mattressers. He made his debut with them in 14th September, 2013 against UD Almeria where the match was won. He also made his international debut in 2014. He has already made 21 international appearances with the Uruguay team and scored 3 goals so far.