According to the report, the Gunners taken step to sign Gabon international Aubameyang who is currently under contracted with the BVB over the summer and to ensure his service, Wenger offered almost £51.8 million which was the record amount for the club but the German side did not let him leave but to demand more. They wanted £35 million more and including that the total amount was almost €100 million and the German club thought that it would be enough to sell their hitman. But, the Gunners already spent much this summer so, they failed to spend such huge amount for the legendary striker.

According to the report, if they bought him in exchange for such amount, then he would be the 2nd most expensive player in the world at this time by defeating Gareth Bale’s £86 million transfer to Vikings from Spurs. But the current record holder is Manchester United who bought Paul Pogba from the Old Lady for £89 million. 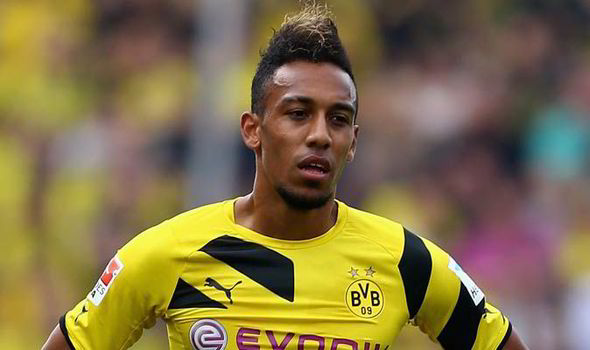 However, failed to sign him with record price, Wenger continued his search for a perfect forward till the end of the summer transfer window. He also took attempt for the Foxes trump card Jamie Vardy and Lyon’s Alexandre Lacazette. But in both case, he did not able to bring any good news. At the last moment of the transfer schedule, he bought Lucas Perez from Deportivo La Coruna for £17 million.

It seems that the Gabon international Aubameyang is happy with the BVB but he would not stay long there. Because, Spanish giant also keen to the player, rumour says. So, if that happens, it would be the accurate destination for former Italian side.

Besides, other English giant Chelsea would like to sign this player but they even know about their massive price. So, they picked Michy Batshuayi from Marseille by spending £33 million. Though, Aubameyang is considered as one of the top striker nowadays but it seems that the asking price of the BVB is too high even for him.

He is now 27 and started his professional career with Serie A side Milan in 2008 but did not make any single appearance with them but to spend four consecutive loan period with four different club while contracted with Milan.

Later on, he moved to the French club Saint Etienne in 22nd December, 2011 and stayed there two consecutive season where made 54 appearances with 29 goals so far. Borussia Dortmund was impressed by the amazing performance of Aubameyang and recruited him for five years in 4th July, 2013 with an undisclosed fee. He made almost 100 appearances with them and netted 59 times so far. He is actually a goal machine for the BVB.