The Gunners are searching for new defender to strengthen their backline and to do that they are keep looking everywhere and already Arsene Wenger has linked up with couple of skilled defenders. Among them, Roma centre back Kostas Manolas is one. He is currently looking for a great opportunity to move away from the Italian side and the Gunners are willing to take the chance. Actually, Per Mertesacker who is with the Gunners since long time would probably move away from the Emirates Stadium in upcoming summer where he would like to join his previous club. Werder Bremen and Hannover are both reportedly interested to sign this German international. So, Arsenal would need to replace his position with perfect man. According to the report, without Manolas, the Gunners also scouting a couple of defenders along with Uruguayan defender Jose Gimenez but he would not be so easily picked.

However, despite being signed Shkodran Mustafi from Valencia and Rob Holding from Bolton Wanderers, Wenger still looking for another back up and Manolas is currently in his radar. But here also, Wenger would face competition because earlier the September, Manolas agent announced that the Greece defender was interested by plenty of renowned clubs like Manchester City, Manchester United and Chelsea too. And still, they are scouting him and trying to get update news about his availability. 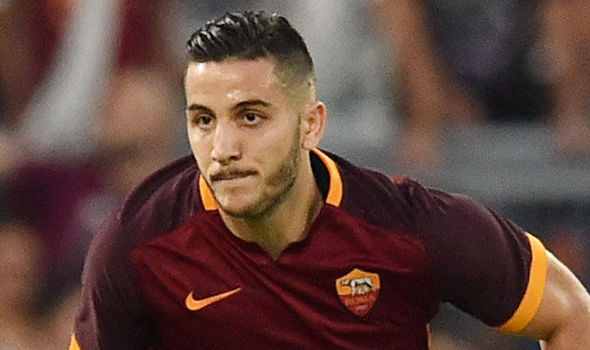 Kostas Manolas who is now 25 years old and physically strong who joined Roma from Olympiacos in 27th August, 2014 for €15 million fee reportedly. But now, according to the reports, he would rated almost £30 million. But however, Arsenal would able to meet such price to bring him north London. Besides, the Greece international still couple of years contract left with the Serie A side but he would never renew the agreement with them and wants to move to the Europe’s top clubs. The Gunners are reportedly waiting to take the advantage.

Though, the Gunners were linked to the Greece international since the last summer before added Rob Holding and Shkodran Mustafi but that time, they did not success. But now, their regular defender Per Mertesacker is in injury and would probably fly out from the club and so, Wenger would need to be ready to replace him by next summer.

Including Roma, Kostas Manolas has played for total four professional club where he made his first journey with Thrasyvoulos in 2009. Later on, he moved to the AEK Athens and next Olympiacos. But, also he made his highest league appearances with his current club Roma.