Before the starting of the very last season, not many of us would have felt AS Monaco as one of the most consistent and serious teams in the Europe. They were never been a bigger threat to the European elite panels but the last season changed the complexion a lot. The French side with the younger faces showed attractive display of football and stunned a couple of big clubs from the bigger leagues of the continent. At first, all their impressive results seemed like the accident but then the team from the Ligue 1 proved that those were never accident at all, when they started killing the giant at regular base. They knocked English giant Man City out of the UCL and also clinched the French Ligue 1 title and snatched the hot seat from rival Paris Saint Germain. 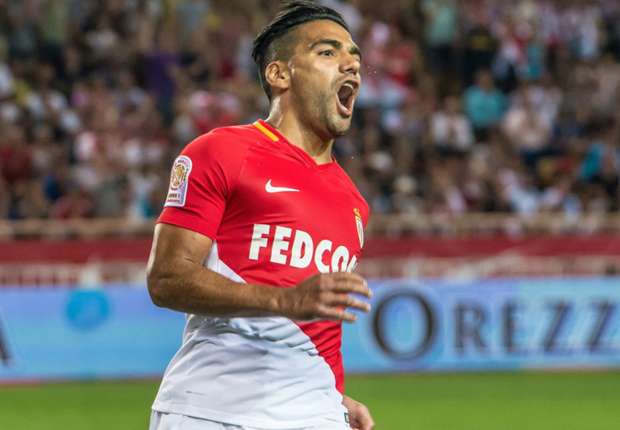 This season the Les Monegasques started, from where they finished last season and continued their brilliant run of form in the domestic tournament. The UEFA Champions League group stage is yet to start but they have already grabbed 4 wins out of 4 matches in the French League. Before facing Marseille at home, they were flying high with 3 victories in their first 3 games. They defeated Metz with the least difference in their season opener. Then destroyed Dijon 4-1 away from the home in their second clash. Then earned a very hard fought 3-2 win over the Toulouse.

Leonardo Jardim’s lads hosted the Les Phoceens on the Sunday night at the Stade Louis. Polish defender Kamil Glik opened the scoring on the very second minute of the match. Thomas Lemar Provided the assist. Referee Ruddy Buquet blew his whistle to award home side a penalty and Radamel Falcao didn’t make any mistake to convert the spot kick into the second goal for his side. The in form Colombian super star got a brace as he increased the advantage further on the 34th minute and Diakhaby’s strike made the line 4-0 before the break.

Defender Djibril Sidibe scored his second goal of the campaign to give 5 goals’ advantage to his club. Remy Cabella, the former New Castle United midfielder minimized the lead for a while but another penalty whistle from the ref and it’s successful converting by Fabinho make the final score card looking like an odd one as that read 6-1. The title holders are currently at the second position in the league just behind to PSG. The team from the capital is ahead due to the better goal difference.