Indian all-rounder cricketer Ravichandra Ashwin embarked as the ICC Cricketer of the Year. The right-handed batsman has been awarded   the most prestigious trophy of the year. He became the best bowler and best batsman of the season. Not only the ICC announced him the as Test Player of the Year Award.

It is very big achievement. Earlier, India’s best cricketer Sachin Tendulkar and Rahul Dravid won this trophy. Once again the trophy goes to Indian player. The ODI player of the year being the South African Quinton De Kock. And the West Indies player Carlos Brathwaite awarded as T-20 cricketer.

The all-rounder considered for his 8 mind blowing Test matches where he took 48 wickets of a season. Not only for wicket he scored 336 runs in the same game. The 30 years old off-spinning all-rounder picked 27 wickets in 19 T20 games. 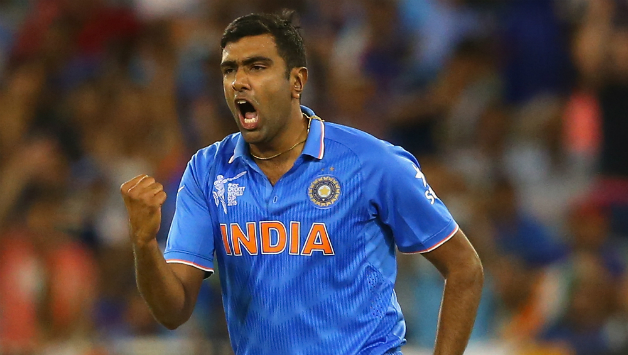 Ashwin beame the table top bowler in Test Championship 2015. This year he won the achievement for two times. The year 2016 proved very successful and remarkable for the off spinner Ravichandran Ashwin. He has gathered many unbelievable records in both side batting and bowling. Since some few months his he has able to show the outstanding performance. And his eye catching performance impressed the ICC member a lot. So no sooner had the International Cricket Council announced the most phenomenal award to this Indian legend and announced him ICC Test cricketer of the year.

The cricketer is equal in batting and bowling. He always boost the team to gather a high score and trashed opposition by taking wickets.

On the other hand the ODI Cricketer of the year De Kock scored 793 in 16 matches. He became the second South African for the trophy. Earlier it was grabbed by AB de Villiers who got the trophy three times in 1010, 2014 and 2015.

2016 great performance with the ball ICC Emerging Cricketer of Rahman. The ICC is the first player to the left-arm paceman annual award.

In limited overs performance of the year award to Carlos Brathwaite. World Cup final against England on this devastating innings of 34 runs in 10 balls as West Indies won.

ICC Associate player has been named the country’s best wicketkeeper-batsman Mohammad Shahzad of Afghanistan. It is really a great achievement for the team Afghanistan.

ICC Spirit of Cricket award gone to Pakistan captain Misbah-ul-Haq. Pakistan captain had the great appearances in previous those days. It’s like a festival for the cricketer to achieve such a prestigious award and it’s also pleasure for the whole nation.