Atletico Madrid defender Diego Godin sprained ligaments will keep him out from the next three match in October. The Uruguayan professional were helping his team to win over Bayern Munich by 1-0 score Champions League Group D match. On the spot he got injured and kicked out from the field.

After finishing the game the club announced about his injury. He has given initial test and the result founded a sprain to the ligaments in his left ankle. The ligaments confirmed him as injury.

It is know to club statement after the first exploration from the medical services of the club, Diego Godin suffers a sprain of the lateral ligament of his left Ankle. 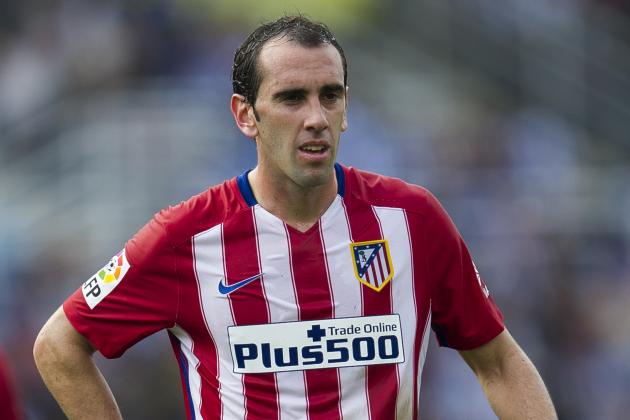 They also added that additional tests will be performed in the next hours and is pending evolution. By the stated of their statement the defender doubted for the next three matches in October.

The Spanish club have already dropped Uruguayan defender Jose Maria Gimenez. The defender was also getting thigh injury in last weekend. He needs few times to back the side. In that situation absence of Godin make trouble for the side. The Athletic boss Diego Simeone very disappointing for the matter. He worried about the defense, if it fall into danger failings of experience defender.

Diego is a central defender who refer as the blister for the Spanish club. He boost the team to set in a good position. At present the side consuming in third place in La Liga point table. He just behind of the 1 point than the defending champion Barcelona and 2 points the list topper Real Madrid. Los Rojiblancos played total 6 matches in this season and became the unbeaten team of the event. He won three and the other three were drawn.

They seemed more confident and hopeful than they were in past. Their target is now the La Liga trophy. But the two more giants Barca and Real also determined for the the title. So let’s enjoy the season and wait for the next champion of the event.