Atletico de Madrid, the finalists of last year’s UEFA Champions League, who have also sealed their place in this season’s quarter-final have suffered a shocking triple injury blow. It was confirmed by the club and there could not be any worse news than this for the Madrid based club. With less than 15 days remaining of the two very big and crucial games of their season they will have to deal with this cruel situation. It must taste bitter for the fans as well as the manager Diego Simeone.

The 3 injured players are Goal Keeper Miguel Angel Moya, Midfielder Nicolas Gaitan and Striker Kevin Gameiro. All 3 are very crucial players of the squad and one of the most regulars to be picked in the playing xi. Most importantly, two major games of the season are on their way as the Los Rojiblancos will face Real Madrid in the Madrid derby of the Liga BBVA and will also have two legs’ clash against English champions Leicester City in the UCL quarter-final and that too within the next 2 weeks period. Simeone’s side will face Malaga away from home on the Saturday night and will host Real Sociedad just a few days later and the triple major injury blows will must affect them in this busy period of the campaign. 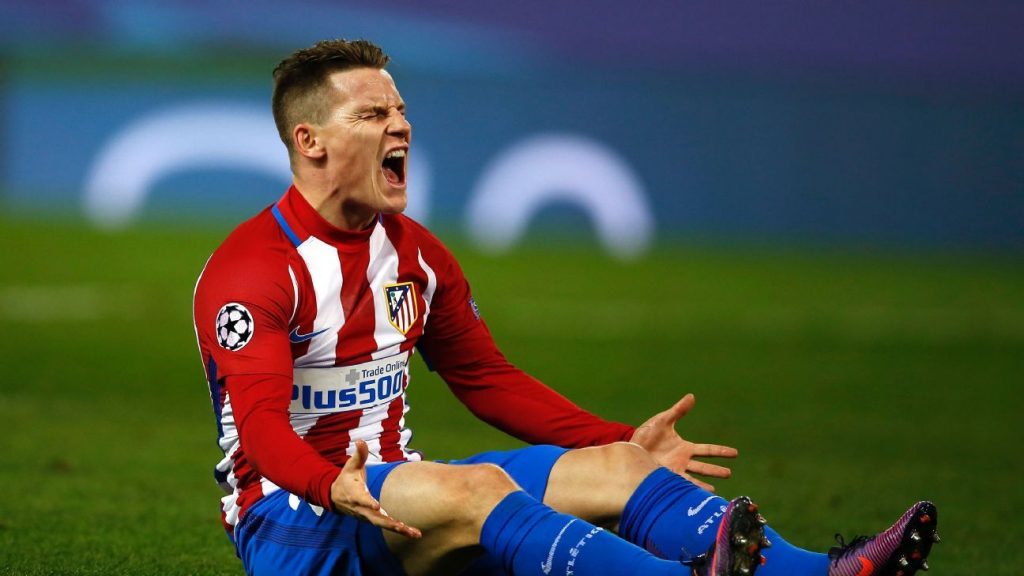 Spanish goal stopper Moya, who is the second choice keeper of the team after Jan Oblak, has picked up thigh problems. The 33 years old suffered a muscle injury in the femoral biceps of the left thigh and medical results show that on Thursday after the experienced keeper suffered the blow on the Wednesday during the train.

In form attacker, Kevin Gameiro was in discomfort after the match against Spain, when he represented his country France at the Paris in a mouth watering friendly fixture which saw them facing a 2-0 defeat. He is suffering from Tendinitis in the adductor of the left thigh which was shown after the consistent scorer having undergone the MRI scan.

Argentine midfield warrior Gaitan, suffering from arthritis in the metatarsophalangeal joint of the first toe of his left foot. He along with Moya, will undergo Physiotherapy treatment and rehabilitation. The young Latin American had netted on 4 occasions in this ongoing campaign.

So the news is the bitter one for Simeone and he must be worried with the absentees of the vital players. So the fans’ fingers will be crossed for the quick recoveries of their super star footballers.