Australia and Denmark secured their place in World Cup Russia, 2018 which going to be launched in the next year June. It become a definition excitement for the both teams to make chance in the most honorable sporting event in the world.

However, Australia have made the participation for the fourth time in World Cup by defeating Honduras.  Actually the credit goes to Mile Jedinak whose trice goal has broken down the opposition’s heart and the team Australia get the green signal to reach in the main tournament in Russia.  The Aston Villa midfielder just awesome and his mind blowing performance really worthy of praise. 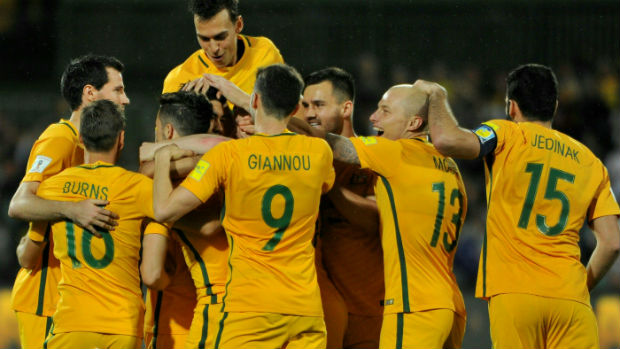 In Sydney, on Wednesday, the Australian got the World Cup ticket by trashing Honduras in 3-1 goal, in the second play-off. The first episode, which held in the Honduras field, was drawn of no goal. So the there were equal chance of the both team to get the ticket to Russia and finally it grabbed by Australia.

After the first half in the 53rd minute, The team got their first goal of Jedinak by his latest free-kick. In the 72rd the 33 years old made the second score for the team.  And his final stroke made in the 85th minute, when he sent the ball in the opposition net and assured their victory of the match.

Honduras made one score In the fourth minute of additional time. The goal was scored by forward Alice Martins. It was good but they terminated from the tournament for the season.

On the other hand, Christian Eriksen’s excellent hat-trick has broken down the Republic of Ireland dream and confirmed the ticket for Denmark in the 2018 Russia WC championship.

On Tuesday night, in Dublin, the second play-offs grabbed by Denmark against Ireland and the match finished with 5-1 score in their field. The first leg was scored in a non-matchable draw.

In the sixth minute of the match, Shane Duffy went ahead with the goal of the hosts. However, at the 29th minute the visitors returned in the equal position by the suicide goal of defender Cyrus Christi’s suicide goal.

Four minutes later, Erikson stepped forward to the team. And in the second half, in the 10th minute, he sent the ball twice in the net and fill-up his hat-trick in the match. With that he also  confirmed ticket of the World Cup.  The Tottenham Hotspur midfielder really awesome and shown outstanding performance in the game.