World Cup champions Germany and England were played in the World Cup preparatory match on Saturday. Among them, England win the match at Wembley Stadium over Nigeria in 2-1 difference. But the World champion Germany could not win the against Austria. Joakim Lor’s team lost to Austria 1-2 goal.

With the Mesut Ozil goal the beginning was fantastic. But Austria gave back the goal to the defending champion. And finally one more goal dismissed Germany in their international friendly.

After the defeat against Brazil on March 28, the joakim lor disciples had to remain victorious against Austria. The German goalkeeper Nayar’s return was not good. After recovering from the injury, he had to leave the field after digging two goals in the match. 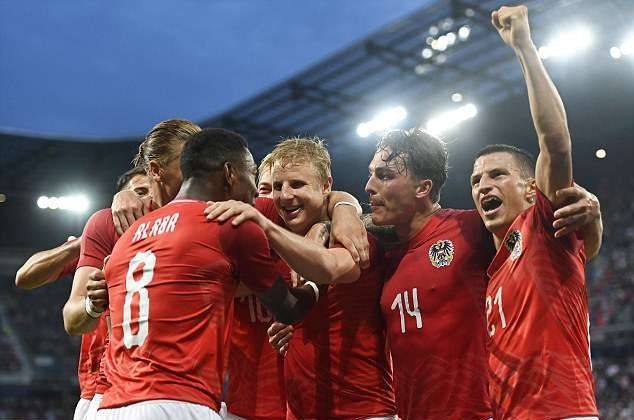 Germany had a 1-0 lead in the first half against Austria But in the second half, Australia returned strongly in the game. Entregar and Shauf scored Manuel Nayray played in this match Looking at this time, what is the decision of the German goalkeeper World Cup fate, now it is the more important.

However, Hinteregger gave the team a great score and gave the team an equality. Shortly after this, the gap increased in Austria. In the 69th minute of the match, the goal was scored by the Austrian forward. Germany then tried to repay the goal but they could not cross the wall of defense the opposition. Before the World Cup, Germany will face another friendly match on June 8 in Saudi Arabia. The Ozil-Muller’s team will take the Russian flight after that match.

This is really shocking Germany played such a bad game. The world Champion hot favorite of the forthcoming championship and their such condition really shameful. In quarter final round they played very well. The world champion have the record of unbeaten in the qualifying round. And presently they are top of FIFA ranking.

This became the team who trashed Brazil in 7-1 goals in their field. And beat Argentina in the final. But all of sudden what happen, they lost one after another match. Germany became the team where present biggest star who are related with the world biggest club. All are well experienced guy of the team. But why they losing the game it’s really surprising.

The German team play in the Group F and their partner in the group are Mexico, Sweden, Korea Republic. They are favorite in the group. But as they playing in the friendlies, anything is possible in the WC tournament. The coach is very tensed about the team performance. The fans also disappointed to see such game of the side.