Bangladesh and Pakistan, the two subcontinental rivals came on face to face on the Saturday in the second warm up game of the ICC Champions Trophy. The match was scheduled to be held on the Edgbaston, Birmingham, an well known venue in England. But the wicket where the game was played, was a practice wicket and it’s awkward placement inside the field forced to make the boundary lines very much shorter. Thus this weird field condition produces an epic thriller between the two rivals. The spectators saw something unbelievable which was hard to believe. 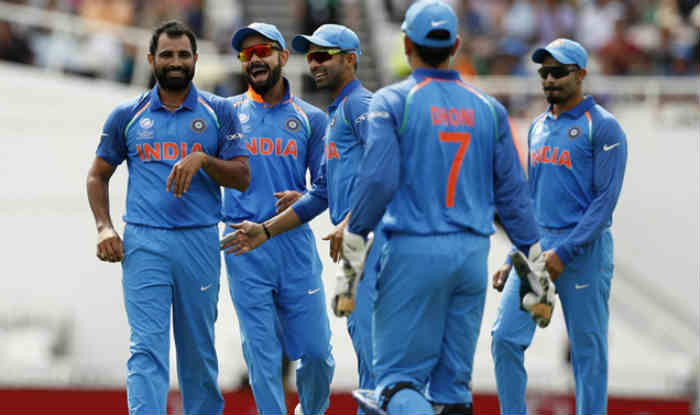 Having won the toss, Bangladesh skipper Mashrafe Bin Mortaza decided to bat first. Despite in form Soumya Sarkar’s early departure Bangladesh got a great start as Tamim Iqbal and Imrul Kayes built a 142 runs partnership. Before being out by young leggie Shadab Khan, Kayes reached his individual fifty. But another left handed, Tamim successfully reached the three figure’s landmark. He scored 102 off just 93 deliveries with the help of 4 maximums. Mushfiqur too scored a quickfire 46. Then Shakib, Mahmudullah and Mosaddek’s contributions gave Bangladesh a very good total of 341 to defend. Pak spearhead Mohammad Amir was rested and Junaid Khan was the most successful bowler for Pakistan as he finished off with 4 for 73 in his 9 overs.

In reply, Pakistan got a very bad start as they found themselves in a bothering situation at 19 for 2 in the 5th over. Azhar Ali went back for 8 and the consistent Babar Azam too just managed only 1. Ahmed Shehzad (44) and Mohammad Hafeez (49) both missed their individual half centuries and captain Sarfraz Ahmed was dismissed just for 5. Shoaib Malik scored 72 runs off 62 deliveries and spinning all-rounder Imad Wasim added 45. But no one could make their innings longer and the Pakistanis were 249 for 8 in the 43rd over. They needed 93 from just 44 deliveries with only 2 wickets in hand.

But the main drama began then. Young all-rounder Fahim Ashraf who has earned his first ever national call up along with pacer Hasan Ali used the advantage of the very short boundaries. They smashed the BD bowlers all over the ground. Ashraf scored unbeaten 64 off 30 with 4 fours and 4 maximums and Hasan supported him with his very crucial 27 and the duo snatched the game from the opposition as they managed to get 82 runs from the last 6 overs and they even won with 3 balls to spare. Fahim Ashraf earned the attention with his brilliant performance and he should be the man to watch out in the upcoming CT.