Real Madrid star Cristiano Ronaldo and Gareth Bale has been thrown out from Sunday’s La Liga against Espanyol. Yesterday the head coach Zinedine Zidane confirmed that the both legend will not take part in today’s match because of petty  fitness problems.

Zidane told a press conference that Cristiano will not visit with them. He had been feeling a sore throat, and he will stay at home. He added that they would not take any risks, as always, and even less with Ronaldo.

Ronaldo has been suffering with injury, since Euro 2016. He played two games in the last week. He joined the side late because of his illness and after last week he felt not much well. That’s why the coach would not want to take the risk with him. 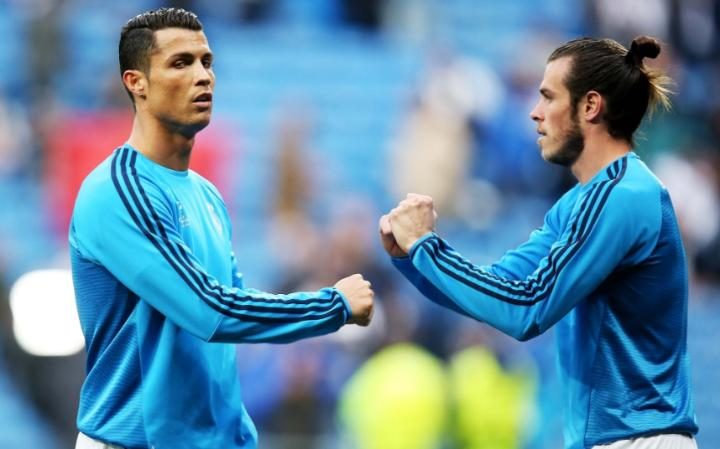 The players wanted to play, which is amazing, but the coach unwilling to the risk as they have to play so many games in the next. Zidane clearly notified that he could not take risks with such an important player. He also mentioned that today’s match is not less important, but he might get a bang in the same spot. To get proper fitness Ronaldo needs at least ten days or will be more than it. Likely he will joined the Wednesday match.

On the other hand Grathe Bale was also not available today’s match. At present he is  suffering a hip problem after the match against Sporting Lisbon.

According to the report the Colombian winger James Rodriguez who became the target of Manchester United in Summer likely to join into the starting XI.

The coach mentioned that James was training very well and he would play games. He also added that the playmaker is a potential player for the side. The important thing what he expressed that he saw him doing very well, but last year too. James  committed and wanted to play the match, as they all do, and he would get his minutes for sure. Zidane hoped he would bring them what he must bring the side.

At last Zidane added that what they wanted, more than anything, was to keep winning games, getting the three points, which is the most important. He felt very proud of his boys, as they have played every three days, and gave an incredible performances every time they go out. Really their performance satisfied their coach and also the fans who still unbeaten team in La Liga. Future is uncertain but present they are in the top of point table.